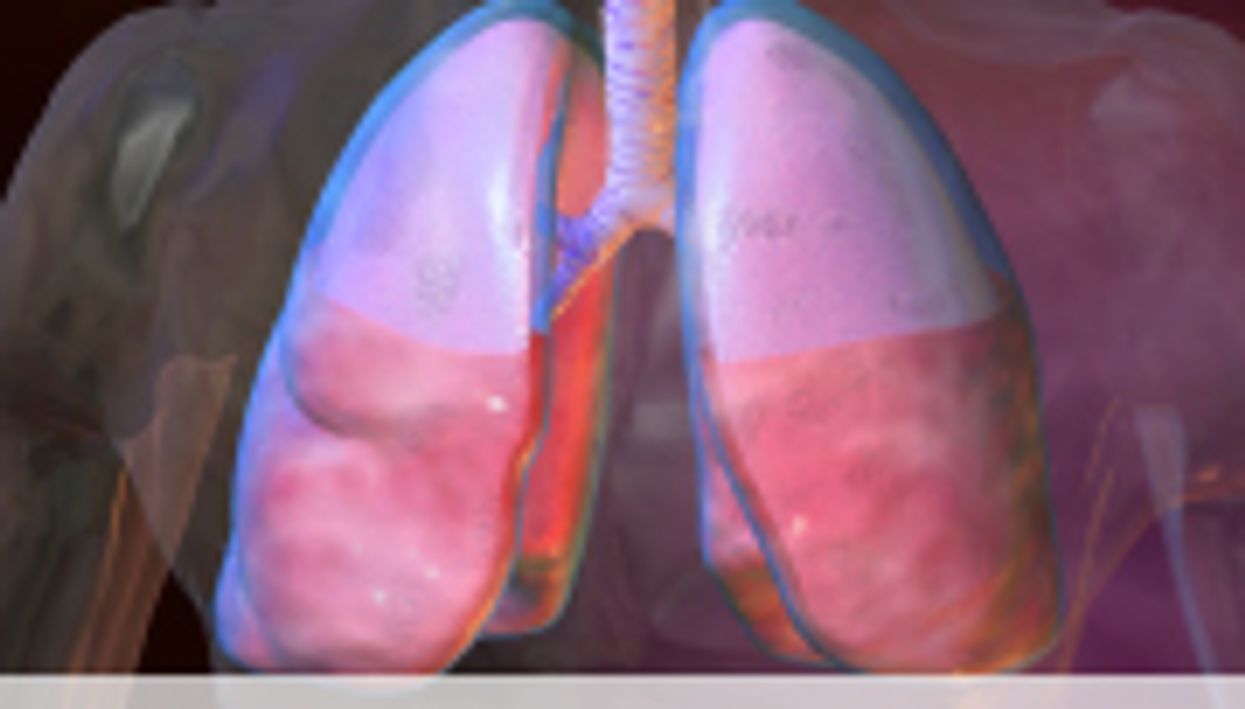 Human airways rely on mucus to expel foreign matter -- including toxic and infectious particles -- from the body, the study authors said in a news release from the American Association for the Advancement of Science.

"The air we breathe isn't exactly clean, and we take in many dangerous elements with every breath," study co-author Michael Rubinstein noted in the news release. "We need a mechanism to remove all the junk we breathe in, and the way it's done is with a very sticky gel called mucus that catches these particles and removes them with the help of tiny [hair-like] cilia," he explained.

"The cilia are constantly beating, even while we sleep," Rubinstein said. "In a coordinated fashion, they push mucus containing foreign objects out of the lungs, and we either swallow it or spit it out. These cilia even beat for a few hours after we die. If they stopped, we'd be flooded with mucus that provides a fertile breeding ground for bacteria."

It's long been believed that mucus clearance occurs through a "gel-on-liquid" method, in which a watery layer acts as a lubricant and separates mucus from cells that line the airways. However, this does not explain how mucus remains in its own distinct layer.

In this study, published in the Aug. 24 issue of the journal Science, Rubinstein and colleagues at the University of North Carolina at Chapel Hill suggest a "gel-on-brush" form of mucus clearance, in which mucus moves atop a brush-like layer rather than a watery layer.

"This layer -- this brush -- seems to be very important for the healthy functioning of human airways," Rubinstein said. "It protects cells from sticky mucus, and it creates a second barrier of defense in case viruses or bacteria penetrate through the mucus. They would not penetrate through the brush layer because the brush is denser," he added.

"We found that there is a specific condition, below which the brush is healthy and cells are happy," Rubinstein said. "But above this ideal condition, in diseases like [cystic fibrosis] or COPD, the brush becomes compressed and actually prevents the normal cilia beating and healthy flow of mucus."

If the mucus layer becomes too dense, it can crash through the brush layer, collapse the cilia and stick to the cells lining the airways, the authors noted in the news release.

"The collapse of this brush is what can lead to immobile mucus and result in infection, inflammation and eventually the destruction of lung tissue and the loss of lung function," Rubinstein explained. Insights like those might someday help researchers develop new treatments for lung diseases, he added, and also provide a way to assess the effectiveness of those treatments.

The American Academy of Family Physicians has more about chronic obstructive pulmonary disease.