Using Fewer Asthma Meds May Be Safe Option for Some 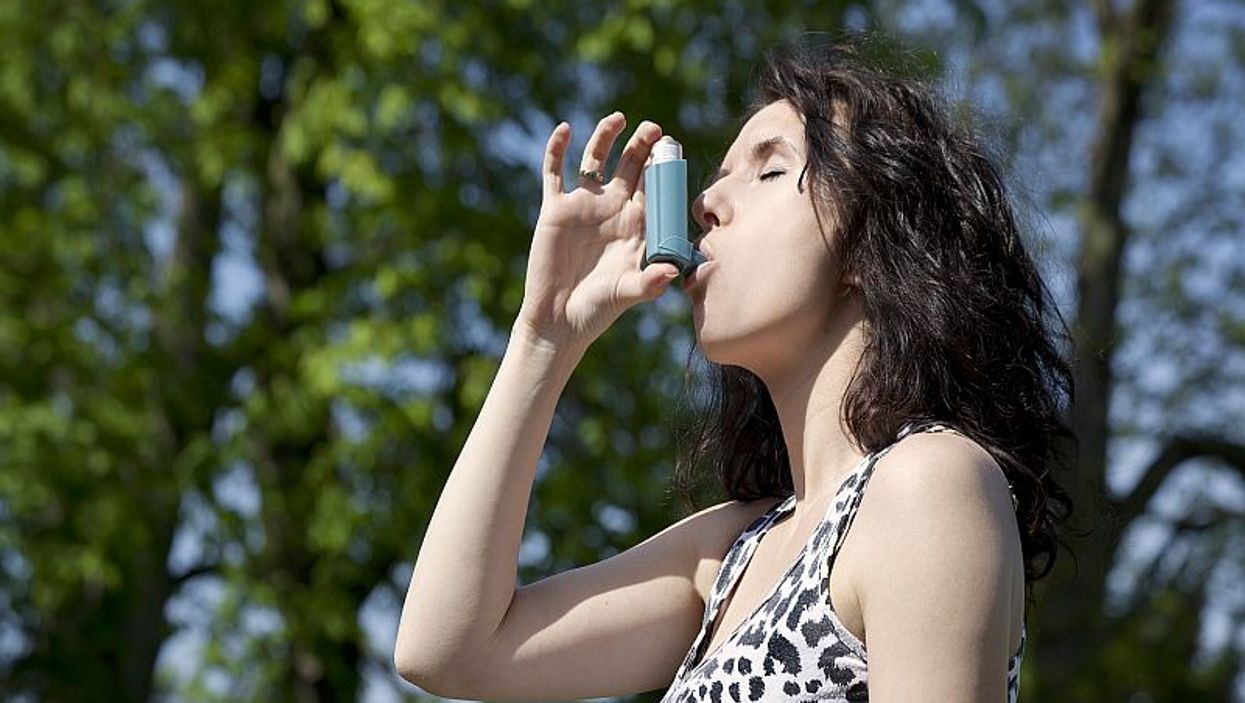 TUESDAY, July 21, 2020 (HealthDay News) -- People with asthma often need several medications to control their wheezing, but new research suggests that some can use less without suffering an asthma flare.

Yet that's not what usually happens, the researchers said.

"Stepping down [using less medication] occurred infrequently, but when it did occur, there was no increased risk of asthma attacks and people did not use their reliever medication more than before," said Chloe Bloom, lead author of a study published July 21 in the journal PLOS Medicine.

Clinical guidelines recommend stepping down asthma medication when possible, and Bloom said doing so can save money, too.

"A cost analysis showed considerable savings if only half of all stable asthma patients on higher dose medication were stepped down," she said.

But don't ditch your inhaler or other asthma medications without talking to your doctor first. Your asthma should be well controlled before your doctor considers reducing your medications, Bloom said.

Asthma is a chronic disease of the airways. It causes coughing that's often worse at night, wheezing, chest tightness and shortness of breath, according to the U.S. National Heart, Lung, and Blood Institute (NHLBI). More than 25 million Americans have asthma.

Treatments include "rescue" medication, such as albuterol (ProAir, Ventolin), which is given when symptoms such as wheezing occur. Controller medications, including corticosteroid inhalers like Flovent, Pulmicort and Qvar, are another treatment. These inhalers are used daily -- even when there are no symptoms -- to keep the inflammation that causes asthma flares at bay, the NHLBI said.

Other treatments include inhalers that combine long-acting bronchodilators and a corticosteroid, oral medications and newer medications called biologics.

For this study, researchers looked at data from more than 508,000 people who were treated for asthma in the United Kingdom between 2001 and 2017. Over that time, the number of people taking asthma medications increased.

And during an average seven-year follow-up, 70% of people taking them stayed on the medications.

But stepping down therapy in people who have stable asthma can be beneficial, Bloom said.

"[Benefits] include reducing the risk of side effects, reducing medication burden, reducing harm to the environment and reducing costs," she said.

To see what happens when medications are reduced, 125,000 people (average age 50) were selected from the initial study. About 40,000 ultimately stepped down their medication.

"Many doctors are worried about stepping down their patients on higher asthma medication doses, but in this study we have added to the trial evidence to show that in the right patients, stepping down is safe and saves money, and will reduce the risk of side effects from long-term medication," Bloom said.

While this research was done in the United Kingdom, Bloom said the results might be similar in a U.S. population.

Dr. J. Allen Meadows, president of the American College of Allergy, Asthma and Immunology, said stepping down is important, because no one should take more medicine than needed.

But he's not convinced that the findings could be replicated in the United States.

"The vast majority of asthma patients in the United States need to be stepped up on their medication, not stepped down," Meadows said. "In fact, many patients often step down on their own and end up with poorly controlled asthma."

He explained that cost and insurance issues in the United States lead some patients to fill asthma prescriptions less often than they should. And, when Americans switch to a lower-dose inhaler, the price doesn't drop, so any cost savings seen in the study might not apply in the United States, Meadows said.

Before reducing asthma medications, Meadows said it's important to see a doctor and have your lung function measured.

Learn more about asthma from the U.S. National Heart, Lung, and Blood Institute.