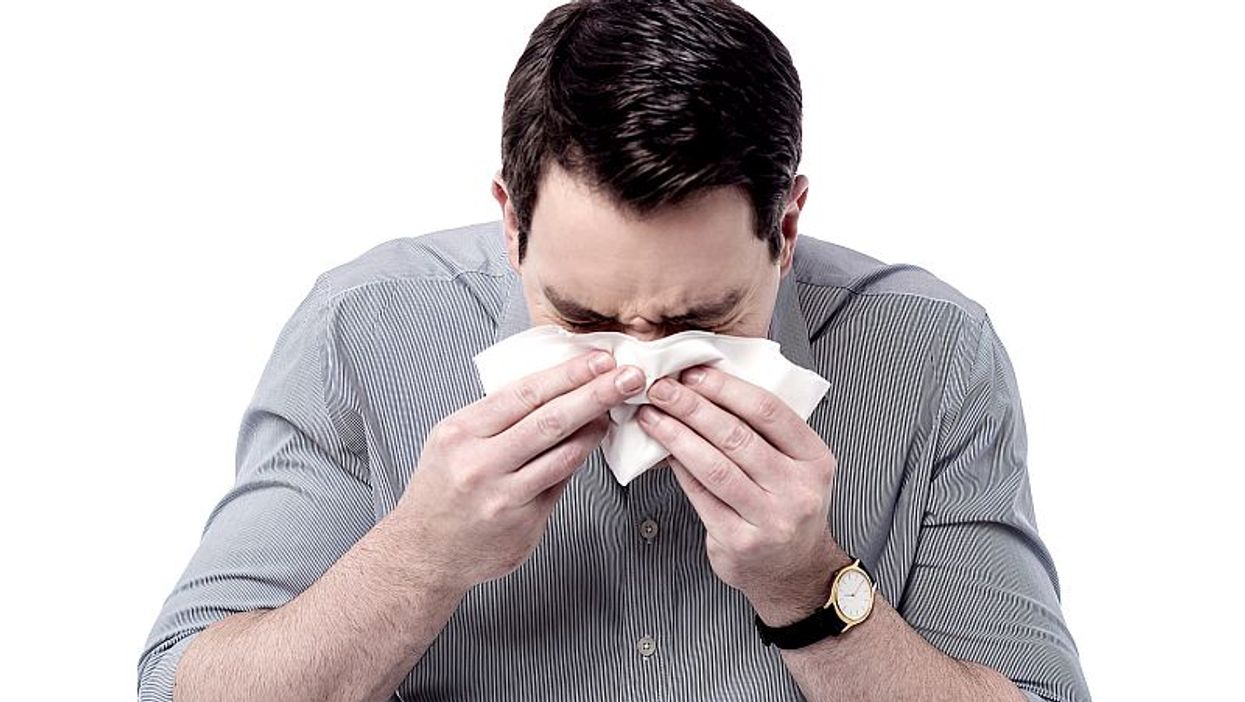 THURSDAY, April 12, 2018 (HealthDay News) -- If you suffer from allergies, you already know that pollen is in the air -- even in the parts of the United States with unseasonably cool temperatures. So what kind of allergy season can we expect this year?

Will we see a return of the pollen vortex? Might we have a blooming bombogenesis of pollen?

Don't scoff: There is some evidence that climate change and increasingly warm temperatures may lead to more pollen each year.

"Just like weather forecasting, it's hard to know eventually what climate change will do to pollen counts. But what we've seen is unpredictability. The winters haven't been as cold, and pollens may not become as dormant, so the allergy season might last longer," said Dr. Punita Ponda, assistant chief of allergy and immunology at Northwell Health in Great Neck, N.Y.

Or, as some areas of the country have seen this year, fluctuations between warm and then cold weather can lead to "shorter, but more impactful pollen seasons," Ponda said.

And some of what people experience as the "worst allergy season ever" may be a matter of perception, she said.

"In situations like New York has had this year -- [with cold and warm weather alternating instead of a gradual progression to warmer temperatures] -- trees will bloom because they're dependent on the light cycle, not the temperature," Ponda explained.

"But because it's been colder, we won't go outside as much. Then when there's a nice day and people go out, the pollen might hit people with a bang," she said.

Dr. Jordan Josephson, an ear, nose and throat specialist at Lenox Hill Hospital in New York City, said that the unpredictable weather does lead to "super bursts of pollen" when the weather warms up.

Both experts said that folks with allergies, ideally, should already be treating them with nasal steroid sprays and antihistamines such as Zyrtec, Xyzal, Claritin and Allegra.

Ponda said tree pollen is a big offender right now. But because many regions have had especially wet weather this year, mold may be more of an issue.

And the cooler weather may keep more folks inside, Ponda said, which exposes them to dust mites and pet allergens.

It's also common for people with a runny nose to think they have a persistent cold, when they're actually experiencing allergies. If you have a runny nose and clear discharge for no more than five days, it's a cold, Josephson said.

If you've had clear nasal discharge for a couple of weeks, that's probably allergies. And if the discharge from your nose is yellow or green and you're coughing up phlegm, you may have a sinus infection. Any of these conditions can cause you to feel run down, Josephson said.

Both doctors agree: If over-the-counter allergy medications aren't helping, make an appointment with an allergist or an ear, nose and throat specialist.

"Seek out help if over-the-counter medications don't work, especially if you have [additional] conditions like asthma. We have lots of good things to do for spring allergies. No one should feel frustrated that they're having symptoms," Ponda said.

Learn more about spring allergies from the American College of Allergy, Asthma and Immunology.