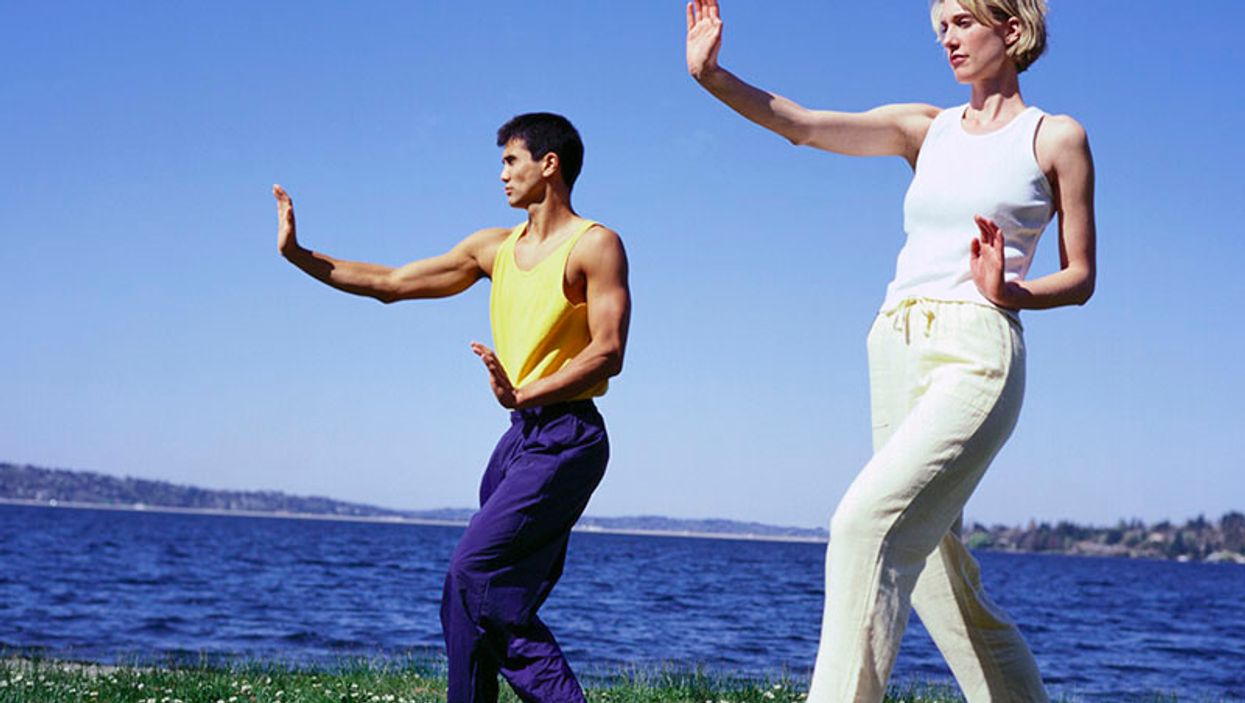 THURSDAY, March 22, 2018 (HealthDay News) -- Tai chi is associated with greater benefit than aerobic exercise for patients with fibromyalgia, according to a study published online March 21 in The BMJ.

Chenchen Wang, M.D., from the Tufts University School of Medicine in Boston, and colleagues conducted a prospective 52-week comparative effectiveness trial involving 226 adults with fibromyalgia; 151 patients were assigned to one of four tai chi groups and 75 were assigned to an aerobic exercise group.

"Tai chi mind-body treatment results in similar or greater improvement in symptoms than aerobic exercise, the current most commonly prescribed non-drug treatment, for a variety of outcomes for patients with fibromyalgia," the authors write.