EULAR: Rate of RA Remission Down for Obese, Overweight 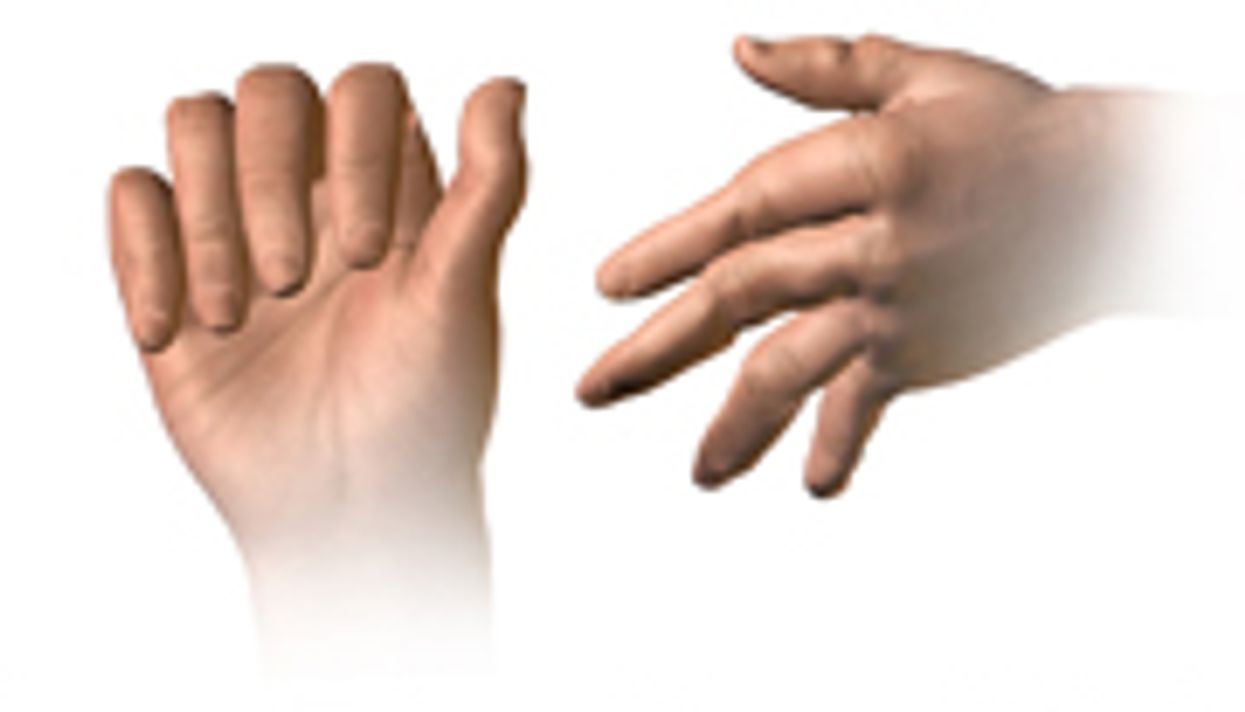 MONDAY, June 17 (HealthDay News) -- For patients with early rheumatoid arthritis (ERA), being overweight or obese is associated with an increased likelihood of not achieving remission, according to a study presented at the annual meeting of the European League Against Rheumatism, held from June 12 to 15 in Madrid.

Elisa Gremese, M.D., from the Catholic University of the Sacred Heart in Rome, and colleagues examined whether body weight influences disease remission and treatment outcomes in patients with ERA at six and 12 months of follow-up. Participants included 346 patients (76.3 percent female; age, 54.6 years) with ERA with symptom duration of less than 12 months.

The researchers found that overweight and obese patients reached a lower rate of remission at both six and 12 months, according to the Disease Activity Score (DAS) and Clinical Disease Activity Index (CDAI). After 12 months of follow-up, a higher percentage of obese and overweight patients were under anti-tumor necrosis factor (TNF) treatment. Female gender, baseline health assessment questionnaire ≥1.5, and a body mass index (BMI) ≥25 kg/m² correlated with an increased likelihood of not obtaining a sustained DAS or CDAI remission at the 12-month follow-up, in multivariate analysis. Age younger than 55 years, baseline DAS ≥3.7, and BMI ≥25 kg/m² correlated independently with an increased likelihood of being on anti-TNF therapy at 12 months.

"These data reinforce the link between obesity and inflammation, and establish that BMI is one of the few modifiable variables influencing the major outcomes in RA," Gremese said in a statement.