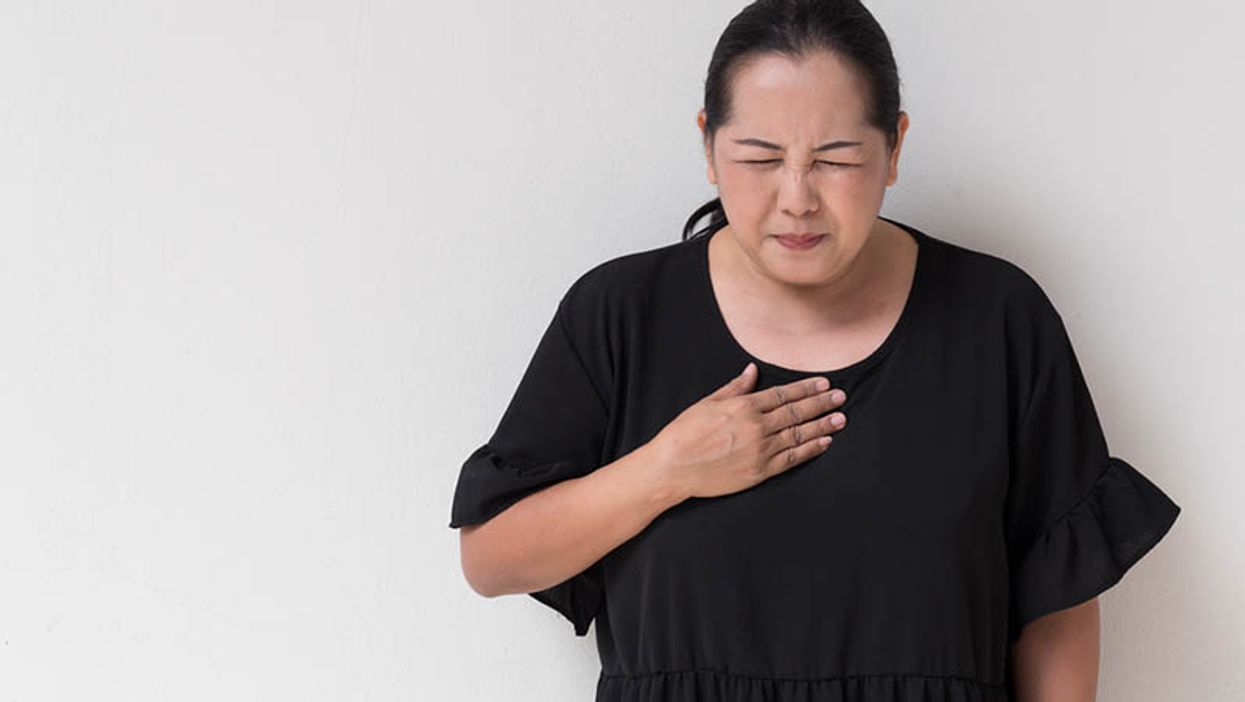 MONDAY, April 12, 2021 (HealthDay News) -- Patients who regurgitate regularly without any known cause may have an underdiagnosed condition called rumination, according to a study published online March 17 in Neurogastroenterology & Motility.

Helen Burton Murray, Ph.D., from Massachusetts General Hospital in Boston, and colleagues sought to identify the frequency and characteristics of rumination in 242 patients presenting for gastric symptom specialty evaluation and to assess the demographic and clinical characteristics that could differentiate those with versus those without rumination.

The researchers found that 12.8 percent of patients met criteria for rumination syndrome, of whom 48 percent reported associated psychosocial impairment. There were no differences noted in race, gender, frequency of diabetes, or frequency of gastroparesis in those with rumination compared with those without rumination. The median Patient Assessment of Upper Gastrointestinal Symptoms (PAGI-SYM) score was higher for patients with rumination than for patients without rumination. Increased heartburn/regurgitation subscale scores largely drove this difference, which was itself influenced by elevated daytime regurgitation/reflux.

"The PAGI-SYM heartburn/regurgitation subscale could be used to screen for rumination," the authors write.

Statin Use May Cut Cancer Risk in Heart Failure Patients