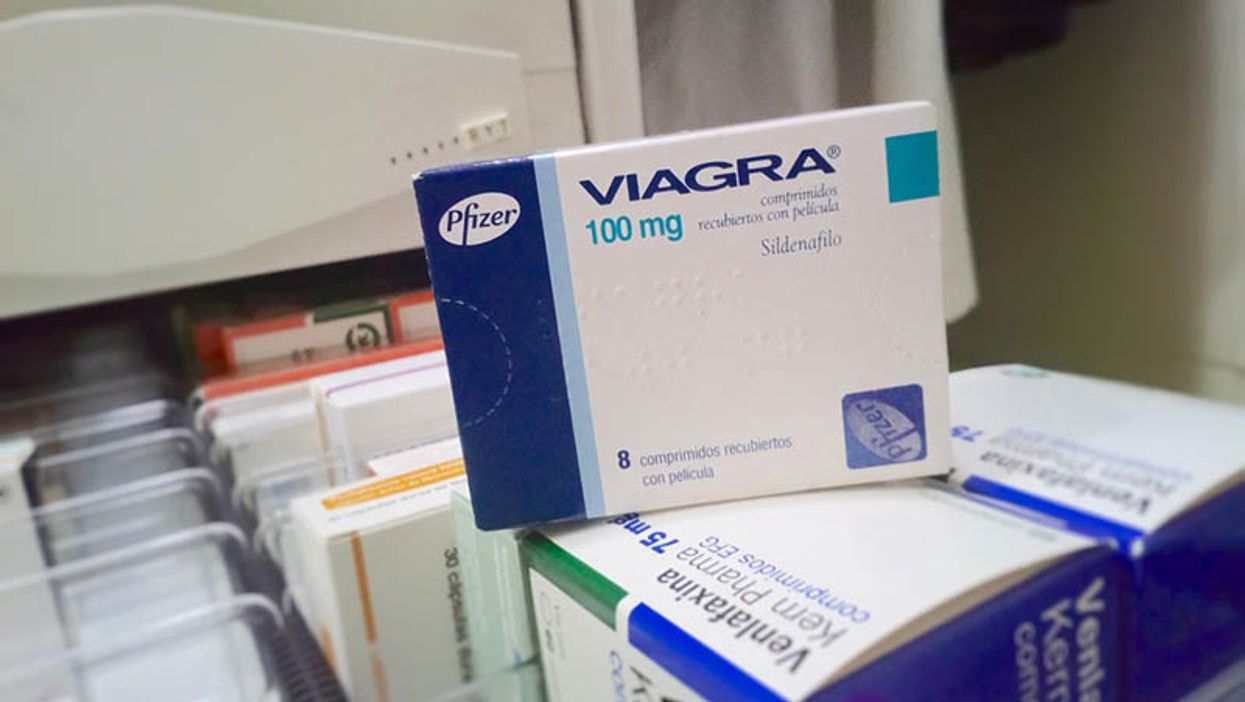 TUESDAY, March 23, 2021 (HealthDay News) -- Those little blue pills were designed to help men experiencing impotence. But Viagra and drugs like it might also lower the risk of dying or experiencing a new heart attack in men with heart disease, according to new Swedish research.

As the study authors noted, impotence (also known as erectile dysfunction) can be linked to impaired blood flow, and can therefore be an early warning sign of heart disease in healthy men. It can be treated either locally with the injected drug alprostadil (which dilates the blood vessels), or with widely used drugs known as PDE5 inhibitors, which include pills such as Viagra and Cialis.

In the new study, Holzmann's group compared the effect of alprostadil and PDE5 inhibitors in a group of 18,500 men who had already had a heart attack and/or had undergone a procedure such as bypass or angioplasty, and were diagnosed with what's known as "stable" coronary artery disease.

"The risk of a new heart attack is greatest during the first six months [after such interventions]," Holzmann explained in an institute news release, "after which we consider the coronary artery disease to be stable."

Men in the study began taking some form of erectile dysfunction drug at least six months after their heart attack or heart procedure. Most of the men (about 16,500) took Cialis, Viagra or some other PDE5 drug, while the remainder took injected alprostadil. The researchers then followed the men's health for an average of almost six years, over which time about 2,800 of the men died.

Men taking a PDE5 med had a 12% lower risk of dying during that follow-up than men who took alprostadil, the Swedish team reported March 22 in the Journal of the American College of Cardiology.

Men taking a PDE5 med also had a lower risk of a new heart attack, heart failure, or the need for an angioplasty or bypass procedure than those who received alprostadil. The protection was dose-dependent, meaning that that the more frequent the use of a PDE5 inhibitor, the lower the man's risk.

Still Holzmann stressed that the study wasn't designed to prove a cause-and-effect relationship, and other factors could be at play.

For example, "it is possible that those who received PDE5 inhibitors were healthier than those on alprostadil and therefore had a lower risk [of heart issues]," he said. "To ascertain whether it is the drug that reduces the risk, we would need to randomly assign patients to two groups, one that takes PDE5 and one that doesn't. The results we have now give us very good reason to embark on such a study."

The new report had no drug industry funding. One earlier study by the same team found that men who have had a heart attack tolerate PDE5 meds well, and they might prolong life expectancy and have protective effects.

Holzmann said that men with coronary artery disease should not shy away from addressing erectile dysfunction issues with their doctors.

Two experts in the United States who weren't connected to the study said the findings are intriguing, but more study is needed.

PDE5 drugs "are 'vasoactive,' meaning they have an effect on the blood vessels making them less stiff, and able to vasodilate," explained Dr. Guy Mintz. He's directs cardiovascular health at Northwell Health's Sandra Atlas Bass Heart Hospital in Manhasset, N.Y. "These agents may also have anti-inflammatory effects," he added.

But Mintz stressed that "this is not a therapy for all patients with coronary artery disease, only those that have impotence as well."

And he agreed that cause and effect hasn't yet been proven. "There is a need to do follow-up studies to see if PDE5 inhibitors are directly responsible for the beneficial effects, or is the benefit due to having a partner (not being lonely), an active sex life (exercise), or a happier approach to life (a sense of well-being)," Mintz said.

Dr. Michael Goyfman directs clinical cardiology at Long Island Jewish Forest Hills in New York City. He agreed that, for now, the Swedish findings are only useful to generate theories -- not to change medical practice. He said that perhaps the better outcomes for men taking a PDE5 were based on their underlying health (perhaps only the sicker men got the injected drug alprostadil) or income (better-off men could afford Viagra or Cialis).

"While the study is interesting, it would not change practice until further, randomized controlled trials are performed," Goyfman said.

The U.S. National Library of Medicine has more on erectile dysfunction.