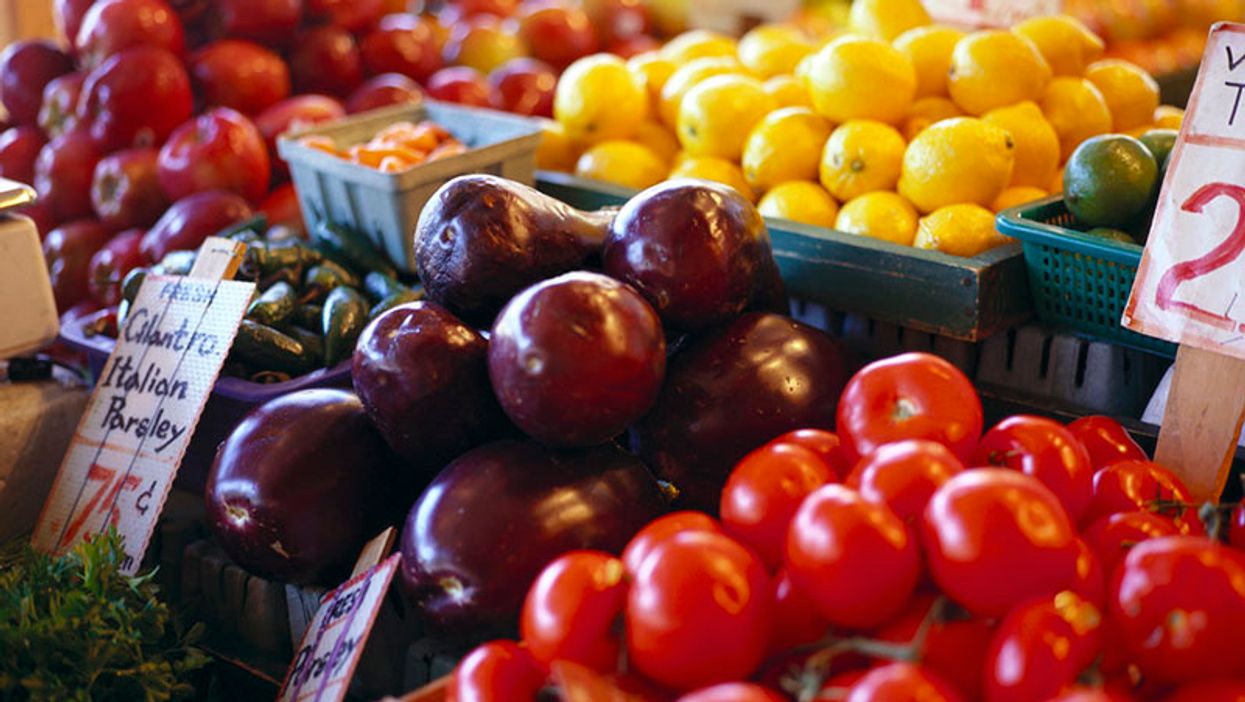 MONDAY, May 10, 2021 (HealthDay News) -- There's more evidence that a switch away from meat in your diet could cut levels of unhealthy "biomarkers" that encourage disease, researchers say.

A new study reported Saturday at the virtual European Congress on Obesity (ECO) found that people on vegetarian diets have lower blood levels of disease-linked biomarkers, such as "bad" (LDL) cholesterol and other factors.

Biomarkers can have harmful and beneficial health impacts, promoting or preventing cancer, heart and age-related diseases and other chronic conditions. And while they've long been used to assess the effect of diets on health, it hasn't been clear how being vegetarian affects biomarkers.

To find out, the researchers analyzed data from nearly 178,000 British people, aged 37 to 73. The study participants reported no major diet changes in the previous five years. They were categorized as either vegetarian (do not eat red meat, poultry or fish) or meat eaters.

The investigators then examined the association between diet and 19 blood and urine biomarkers related to diabetes, cardiovascular diseases, cancer, liver, bone and joint health, and kidney function.

After accounting for other factors — such as age, sex, obesity, smoking and alcohol use — the researchers found that vegetarians had significantly lower levels of 13 biomarkers than meat eaters.

Those biomarkers included: total cholesterol; LDL cholesterol; apolipoprotein A and apolipoprotein B (linked to heart disease); gamma-glutamyl transferase and alanine aminotransferase (which are liver function markers indicating inflammation or damage to cells); insulin-like growth factor (a hormone that encourages the growth and proliferation of cancer cells); urate (tied to gout); and creatinine (a marker of worsening kidney function).

"Our findings offer real food for thought," study leader Carlos Celis-Morales, of the University of Glasgow, in Scotland, said in an ECO news release.

"As well as not eating red and processed meat, which have been linked to heart diseases and some cancers, people who follow a vegetarian diet tend to consume more vegetables, fruits and nuts, which contain more nutrients, fiber and other potentially beneficial compounds," he said. "These nutritional differences may help explain why vegetarians appear to have lower levels of disease biomarkers that can lead to cell damage and chronic disease."

It wasn't all good news for vegetarians, however. The study found that they tended to have lower levels of beneficial biomarkers, including "good" (HDL) cholesterol, and vitamin D and calcium (linked to bone and joint health), as well as significantly higher levels of fats in the blood (triglycerides) and cystatin-C (suggesting poorer kidney health).

And no matter whether people ate meat or not, the study found no link between diet and blood sugar levels, systolic blood pressure (the top number in a reading), aspartate aminotransferase (a marker of damage to liver cells) or C-reactive protein (an inflammatory marker).

Nevertheless, plant-based diets are largely considered to be healthier, one U.S.-based nutritionist said.

"I encourage my patients to base their diet on whole plant foods," said Christine Santori, who manages the clinical dietary program at the Center for Weight Management at Northwell Health's Syosset Hospital in Syosset, N.Y.

"Consuming fruit, vegetables, whole grains, legumes, nuts and seeds as the base of the diet provides beneficial fiber with little saturated fat," she noted. "If they choose to consume animal products, I encourage them to stick to fish and skinless poultry and consider it a side dish."

But eschewing meat leaves a wide variety of diets: vegan, vegetarian, pescatarian (fish but no meat), lacto-ovo (no meat but eggs and dairy allowed), and "flexitarian" (where folks still occasionally have meat).

And some vegetarians can still be unhealthy, Santori noted.

"I have seen 'vegetarians' who consume mostly refined carbohydrates and highly processed foods, who are not very healthy," she said.

Still, "the truth is that consuming more fruits and vegetables can boost your health whether you define yourself as a vegetarian or not," Santori said. "It may be more about what vegetarians are eating as opposed to it being about what they are not."

Because the new findings were presented at a medical meeting, they should be considered preliminary until published in a peer-reviewed journal.

The U.S. National Institutes of Health has more on healthy eating.