Those under 6 years often gain 2 to 5 pounds, study finds 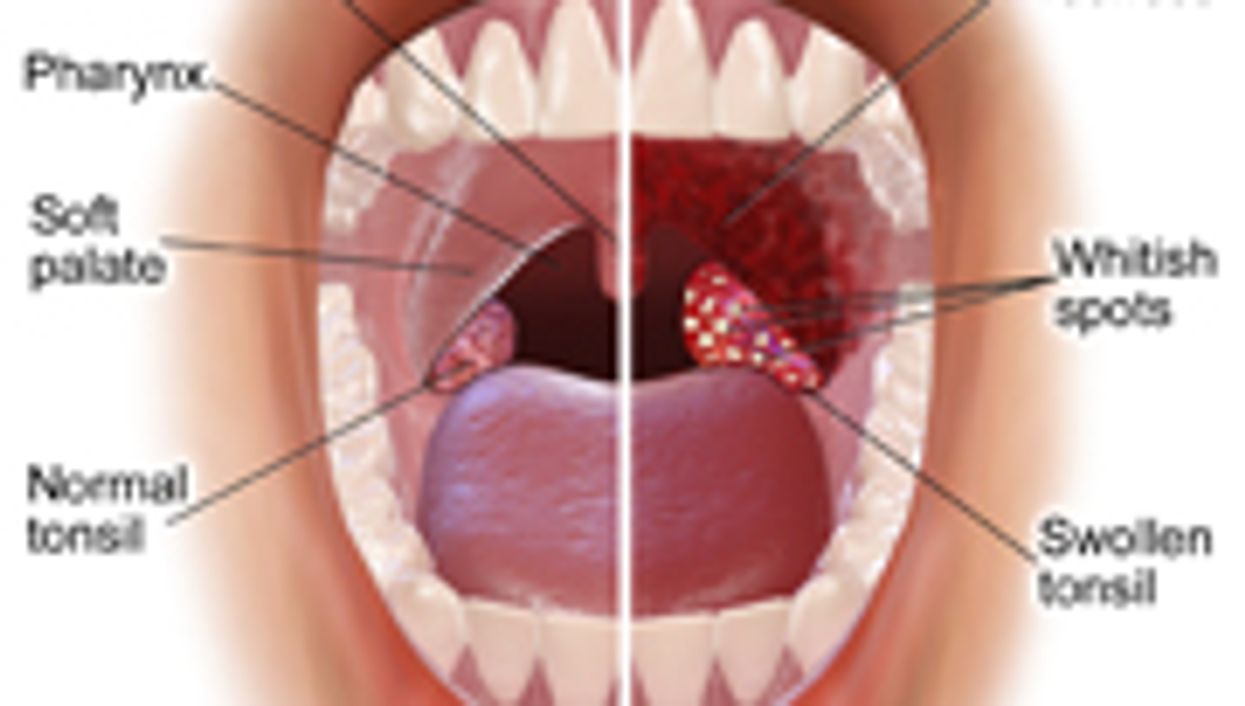 WEDNESDAY, Sept. 12, 2012 (HealthDay News) -- Weight gain following a tonsillectomy is linked to children's age, not the underlying diagnosis, according to a new study.

Researchers from Johns Hopkins found that weight gain following tonsillectomy occurs most often in children 6 years old and younger, especially those who are underweight or normal weight at the time of the procedure.

The study involved 115 children aged 6 months to 18 years who had had their tonsils removed between 2008 and 2011 because of recurrent tonsillitis -- sore and swollen tissues at the back of the throat -- or the sleep disorder known as obstructive sleep apnea. The researchers analyzed the children's medical records, which included detailed records of their weight.

Although it's widely believed that sudden increases in body mass index (BMI) following tonsillectomy occur mainly in children who had their tonsils removed due to sleep apnea, the researchers found the 85 children who had the surgery for sleep apnea and the 30 who had a tonsillectomy to treat tonsil inflammation had the same rate of weight gain. BMI is a calculation of body fat based on height and weight.

"Our study results show that parents' current concerns about weight gain are serious, but only underweight or normal weight children between the ages of 2 and 6 are most likely to gain even more weight, not older children," the study's senior investigator, Dr. Stacey Ishman, an otolaryngologist, sleep medicine expert and assistant professor at the Johns Hopkins University School of Medicine, said in a Hopkins news release.

The study identified an average weight gain of two to five pounds following surgery for both the children who had the surgery for sleep apnea and those with recurrent tonsillitis.

The researchers said a three-pound gain would move a normal-weight, 5-year-old boy, who is 42 inches tall and weighs 40 pounds, from the 68th percentile to the 89th percentile in his age-weight group, making him considered overweight.

The findings should ease the concerns of parents who fear the surgery will worsen or create weight problems for their teenage children, the study authors noted.

The study authors said more research is needed to determine why children's age affects weight gain after a tonsillectomy.

The study findings were scheduled for presentation Wednesday at the annual meeting of the American Academy of Otolaryngology-Head and Neck Surgery in Washington, D.C.

The data and conclusions of research presented at medical meetings should be considered preliminary until published in a peer-reviewed medical journal.

The U.S. National Library of Medicine has more about tonsillectomy.