High Blood Pressure in 40s a Dementia Risk for Women? 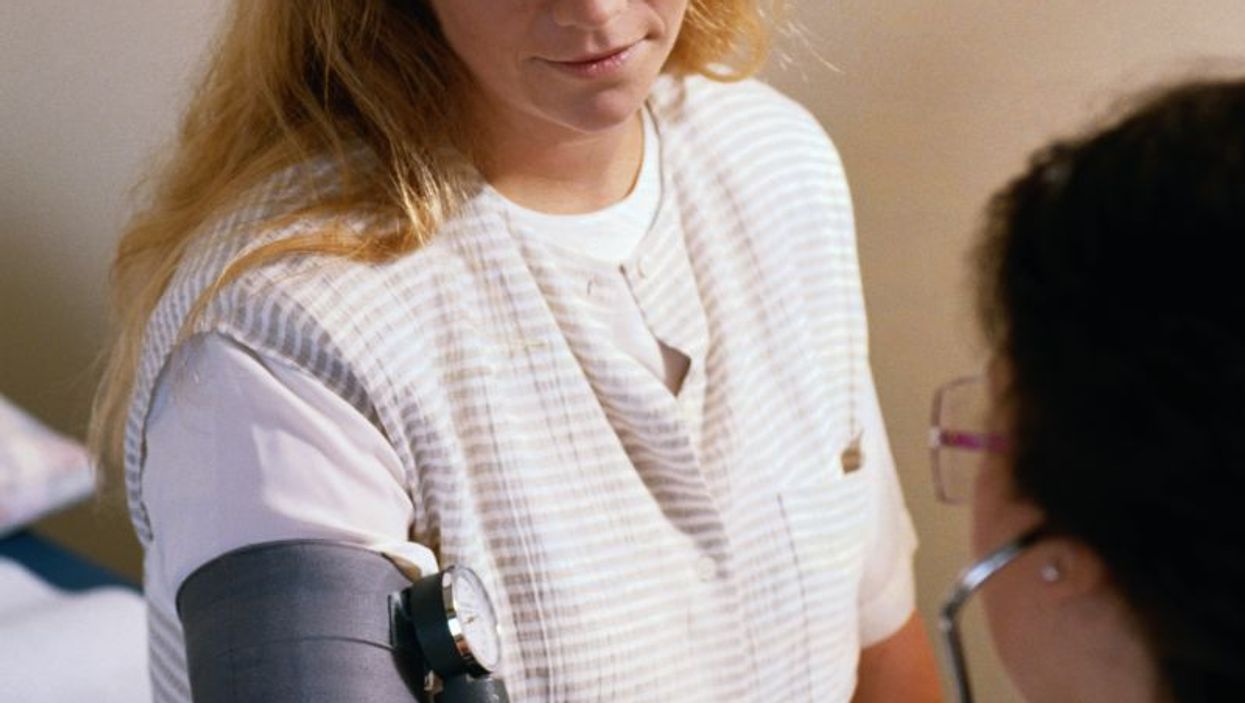 WEDNESDAY, Oct. 4, 2017 (HealthDay News) -- Women who develop high blood pressure in their 40s could be much more vulnerable to dementia later in life, a new study suggests.

That increased risk could run as high as 73 percent, the researchers reported, but the same did not hold true for men.

These new findings suggest that high blood pressure can start playing a role in brain health even earlier than previously thought, said lead researcher Paola Gilsanz, a postdoctoral fellow with the Kaiser Permanente Northern California Division of Research in Oakland.

Prior studies have linked high blood pressure with dementia, but "it wasn't clear if hypertension before one's 50s was a risk factor," Gilsanz said.

A healthy circulatory system is key to a healthy brain, said Keith Fargo, director of scientific programs and outreach for the Alzheimer's Association.

"The brain is a very metabolically active organ in the body. It requires an outsized amount of oxygen and other nutrients," said Fargo, who wasn't involved with the study. "Because of that, there's a very, very rich blood delivery system in the brain. Anything that happens to compromise that is going to compromise the overall health and function of the brain."

Because of that, it stands to reason that long-term exposure to high blood pressure could leave one more vulnerable to dementia as they enter old age, Gilsanz said.

Gilsanz and her colleagues reviewed the records of more than 5,600 patients of the Kaiser Permanente Northern California health care system, tracking them from 1996 onward for an average 15 years to see who developed dementia.

They found that people with high blood pressure in their 30s did not appear to have any increased risk of dementia.

But women who developed high blood pressure in their 40s did have an increased risk of dementia, even after the researchers adjusted for other factors like smoking, diabetes and excess weight.

However, the study did not prove that early high blood pressure caused dementia risk to rise in women, just that there was an association.

Men did not have a similar risk from high blood pressure in their 40s, but that could be because they were more likely to die before they grew old enough to suffer from dementia, Gilsanz noted.

Other factors such as genetic differences, lifestyle differences and sex-specific hormones also might separate men and women when it comes to dementia risk associated with high blood pressure, Fargo said.

"It's really interesting to see there was an association among women but not men," Gilsanz said. "Given that women have higher rates of dementia than men, understanding why this may be is a large area of interest for us. Future research should really look at sex-specific pathways that might be at play, to disentangle the risk factors for men and women."

Fargo said it makes sense that people with long-term exposure to high blood pressure would be more likely to develop dementia.

"Your dementia risk is really a lifelong thing," Fargo said. "People think about dementia in late life, because that's when it's common to see the clinical symptoms. But everything that is setting you up for cognitive decline is occurring throughout your life."

But Fargo sees this as an opportunity, given that high blood pressure can be controlled with medication and lifestyle changes.

"These modifiable risk factors are the most powerful weapons we have in our arsenal to fight dementia," he said. "It's a target that is addressable."

The study was published Oct. 4 in the journal Neurology.

For more on high blood pressure and dementia, visit the Johns Hopkins School of Medicine.