High Blood Pressure May Not Be All Bad in the Elderly: Study

Developing it after 80 might help prevent mental decline, research suggests 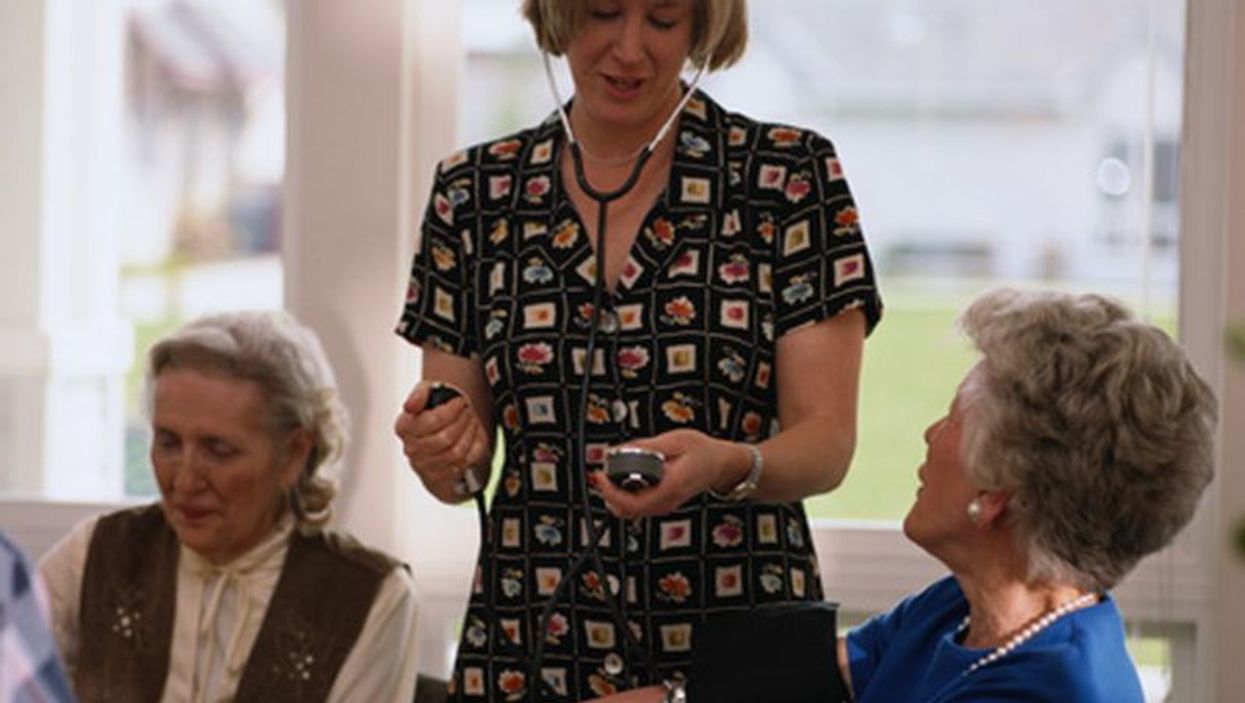 But its onset in the eighth or ninth decade of life was linked to lower risk of mental decline in one's 90s, her team found.

"Hypertension in the very old is not detrimental for mental health," said Corrada, a professor of neurology and epidemiology at the University of California, Irvine.

For one, as people age, blood pressure may need to increase to keep blood flowing to the brain for normal functioning.

"It's a matter of creating enough pressure to get blood to oxygenate the brain adequately," Corrada said.

The researchers said it's also possible, but less likely, that blood pressure drops as dementia begins due to the deterioration of brain cells. This could mean that elderly people who don't develop dementia will have higher blood pressure.

It's clear that age matters, Corrada said, although the study didn't prove a cause-and-effect link between high blood pressure and reduced dementia risk.

To avert a public health epidemic of dementia, it's important to understand how risk for mental decline might change over time, the researchers and others said.

"We usually think of the young adult onset form, which if untreated can damage heart, kidney, eye and brain blood vessels," said Gandy, director of the Center for Cognitive Health at Mount Sinai Hospital in New York City.

A second class may be late-life hypertension, which is driven by a brain in "distress," he said.

"This distressed brain, through neurological mechanisms, could be causing blood pressure to rise in an attempt to improve blood flow and relieve the distress," Gandy explained.

For the study, Corrada and her colleagues followed 559 people aged 90 and older for nearly three years. The participants were free from dementia at the start of the study.

The researchers checked blood pressure history and assessed the participants for dementia every six months during the course of the study. During follow-up, 40 percent developed dementia.

The link remained even if patients were taking blood pressure-lowering medications, according to the study.

These findings echo other seemingly inconsistent findings about the risk for dementia. For example, two studies have shown that people who are overweight at 75 or beyond have a lower risk for mental dysfunction, Corrada said.

It's not completely understood why high blood pressure and heaviness might become protective in old age, said Heather Snyder, director of medical and scientific operations at the Alzheimer's Association.

"We need to better understand the connection between the cardiovascular system and our brains," Snyder said.

In the meantime, do what you can to maintain good heart health as you age, she added.

The report was published online Jan. 17 in the journal Alzheimer's & Dementia.

For more about dementia, visit the Alzheimer's Association.