Eat Your Greens . . . and Maybe Boost an Aging Brain 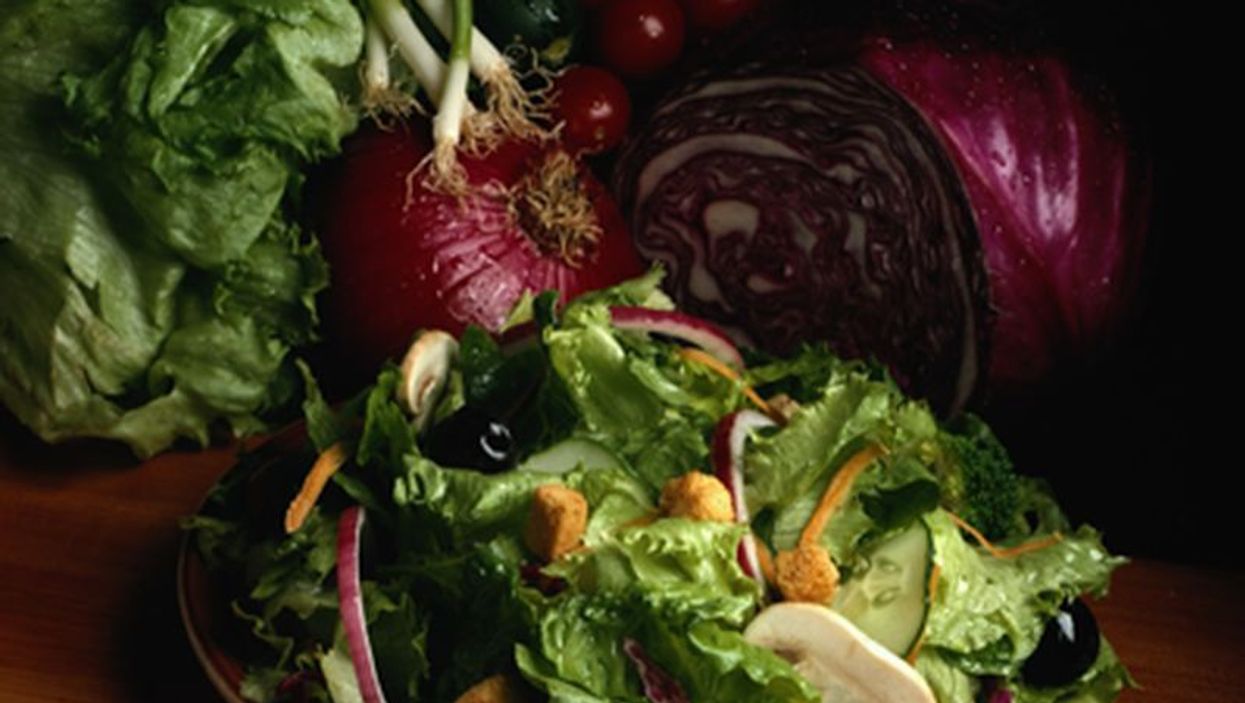 The researchers found that, compared with people who rarely ate leafy greens, those who had at least one serving a day showed slower brain aging. It was as if they'd shaved 11 years off their age -- as far as their brain function was concerned.

The findings, published in the Dec. 20 online edition of the journal Neurology, do not prove that greens, per se, slow down brain aging.

"You can't make that kind of conclusion based on studies like this," said Keith Fargo, director of scientific programs and outreach for the Alzheimer's Association. Rather, the study results suggest an association between the two.

But the findings do add to the bigger picture, Fargo said. He was not involved in the research.

There is growing evidence of how important diet and other lifestyle factors are to healthy brain aging, he said.

When it comes to food, leafy green vegetables -- like spinach, kale and collard greens -- have stood out from the pack, according to Martha Clare Morris, the lead researcher on the study.

Her team wanted to dig into the nutrients that might be involved, said Morris, a professor at Rush University Medical Center, in Chicago.

The investigators found that certain nutrients -- including vitamin K, folate and lutein -- seemed to largely account for the link between leafy greens and slower brain aging.

However, that does not mean that people should skip the vegetables in favor of popping supplements, both Morris and Fargo stressed.

Based on research so far, Morris said, "it's really the food sources of these nutrients that seem to be important."

Food provides a complex balance of nutrients that is not replicated in a pill, she explained. Plus, the array of foods in a person's diet matters. For example, Morris said, some nutrients in leafy greens are better absorbed when eaten with fat -- like an oil-based salad dressing.

The study involved 960 adults, aged 58 to 99, who answered questions about their diets and lifestyle. The study participants were also given standard tests of memory and other mental skills.

People in the top 20 percent for leafy green intake typically ate one serving a day. Morris said that's just a cup of raw salad greens or a half-cup of cooked spinach, kale or collards, for example.

On average, those people showed a slower decline in mental skills, versus their peers who rarely touched leafy greens.

The difference was equivalent to 11 years of aging, Morris said.

"This doesn't prove cause-and-effect," she acknowledged. "But you can't really go wrong by adding leafy greens to your diet."

She also had some advice on how to do it.

"There's a common misconception that raw vegetables are always better," Morris noted. But when it comes to fat-soluble nutrients, like vitamin E and lutein, you'll get more "bang for your buck" if the vegetables are cooked, she said.

Again, though, eating those cooked greens with fat will boost absorption of the nutrients, she explained.

Fargo agreed that no one is going to go wrong by eating leafy greens, but he also urged people to focus on their overall lifestyle.

"You don't want to do just one of these things in isolation," Fargo said. "They probably all work synergistically."

Clinical trials testing the effects of diet and other lifestyle measures are already underway. Fargo said the Alzheimer's Association is launching a U.S. trial, called POINTER, that will test a combination of approaches -- including diet changes, exercise, and mental and social engagement.

The Alzheimer's Association has more on lifestyle and brain health.