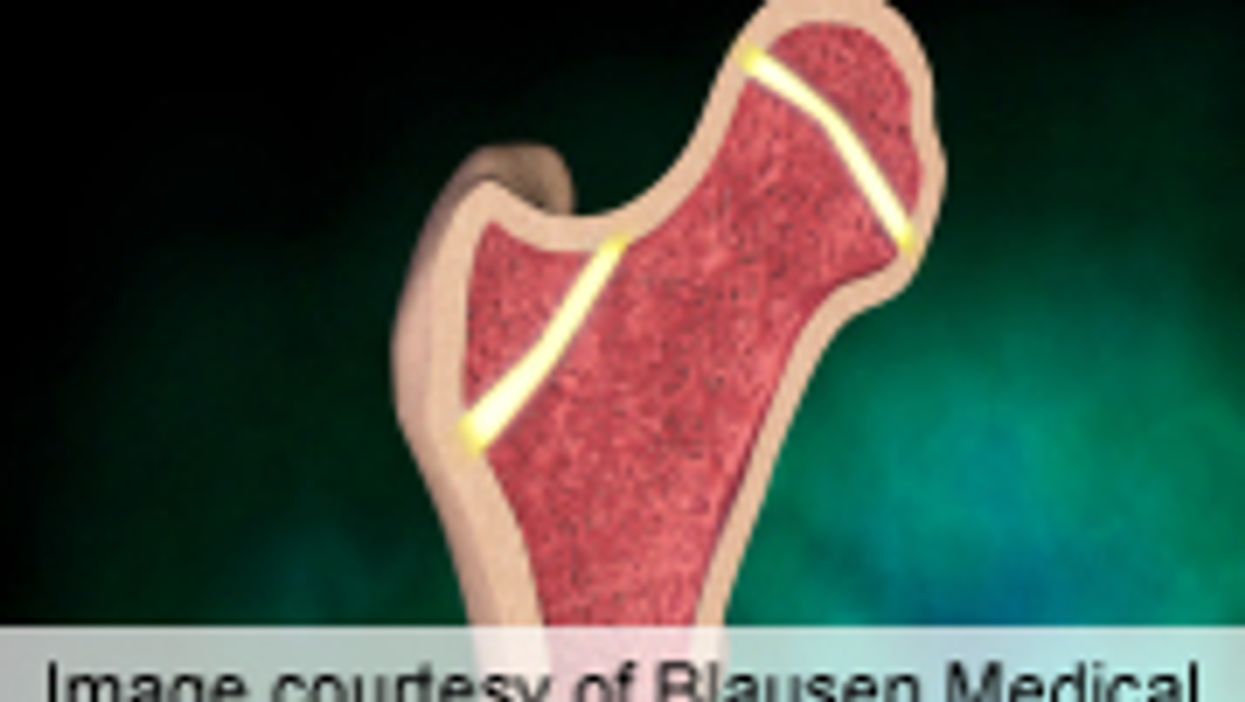 MONDAY, May 21, 2012 (HealthDay News) -- Adding more weight to concerns about possible long-term dangers of osteoporosis drugs, a new study finds that people who take the drugs, known as bisphosphonates, may be at increased risk for atypical fractures of the thigh bone (femur).

Osteoporosis is a bone-thinning disease that is common in older women. An atypical femoral fracture is an unusual type of break that often occurs spontaneously, without any major leg injury.

In the new study, Swiss researchers looked at 477 patients, aged 50 and older, who were hospitalized with a femoral fracture. Of those patients, 39 had atypical fractures and 438 had a classic fracture (a more common fracture with a typical pattern).

These groups were compared with 200 people without femoral fractures. The findings were published online May 21 in the journal Archives of Internal Medicine.

But compared to patients without fractures, use of bisphosphonates was associated with a 47 percent reduction in the risk of a classic fracture.

"In conclusion, we have demonstrated that the association between bisphosphonate treatment and the occurrence of atypical fractures of the femur is highly likely and that the duration of such treatment significantly correlates with augmented risk," Dr. Raphael Meier and colleagues from University Hospitals of Geneva and Faculty of Medicine in Geneva, concluded in a journal news release.

"However, the incidence rate was very low, and the absolute benefit to risk ratio of bisphosphonate use remains positive," the authors added.

While the study uncovered an association between bisphosphonate use and atypical fractures, it did not prove a cause-and-effect relationship.

In 2010, the U.S. Food and Drug Administration issued a warning about the possible risk of femur fractures from taking bisphosphonates over a long period of time.

The National Osteoporosis Foundation has more about osteoporosis medicines.