See What HealthDay Can Do For You
Contact Us
February 19, 2010

When Seniors Tutor Kids, They Sharpen Their Own Minds As Well 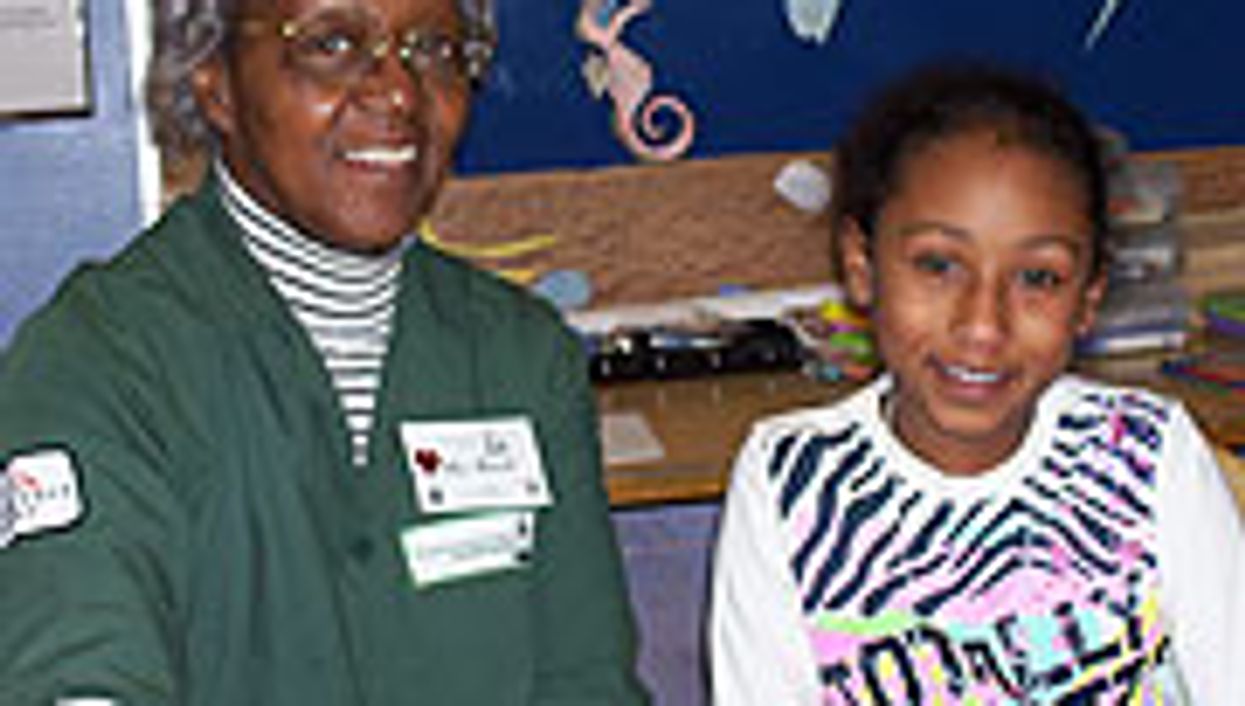 FRIDAY, Feb. 19, 2010 (HealthDay News) -- After retiring from her job as a Salvation Army pastor, Elizabeth Reed felt she still had more to offer.

So Reed, 74, signed up with Experience Corps, a program that teams elementary students in low-income schools with seniors who serve as tutors in reading and math.

Reed, who spends upwards of 20 hours a week at a school in Dorchester, Mass., says helping children discover the joy of curling up with a good book has not only given her renewed sense of purpose, but has helped her feel mentally sharper.

"I get a lot out of seeing the young people progress," Reed said. "In the beginning, they're sort of reluctant. They feel they aren't good enough readers and they don't want to do it. I like working with them, supporting them and telling them to never say 'can't.'"

Research is beginning to back up Reed's perceptions. A 2009 study by researchers from Washington University in St. Louis found children who received Experience Corps tutoring had much greater reading comprehension and ability to sound out words compared to kids who were not tutored.

And it's not only the kids who are reaping the benefits. A recent study found that among seniors, tutoring might help delay or even reverse some of the signs of aging in the brain.

After six months of tutoring, functional MRIs of the brains of eight Experience Corps volunteers showed improvements in regions of the brain involved in thinking and the ability to organize multiple tasks. Called "executive function," it's a skill that's crucial to maintaining independence in old age, said study author Michelle Carlson, an associate professor in the department of mental health at Johns Hopkins Bloomberg School of Public Health in Baltimore.

At the outset of the study, the women were considered at high risk of cognitive impairment because they were low income, had completed an average of 12 years of school (high school) and had low scores on a test of cognition.

"By engaging in this high-intensity volunteer service with children, seniors may actually be boosting their own executive function and ability to coordinate multiple tasks," Carlson said. "The next step is to think about if this kind of service may buffer them against risks for Alzheimer's disease."

The study was published recently in the Journal of Gerontology: Medical Sciences.

Experience Corps, launched in 1995, now includes 2,000 tutors aged 55 and up in 22 cities who are teaching over 20,000 students. Participating is no small commitment. Seniors go through a 40-hour training that includes brushing up on math skills, learning to choose age-appropriate books and learning to use a library's Dewey Decimal system. Seniors, who may receive a small stipend of $100 to $200 a month to cover their transportation costs, spend at least 15 hours a week in grades K-3 tutoring children either one-on-one or in small groups.

The fact that participating requires substantial effort, both mental and physical, on the part of the seniors may be one of the keys to its success, Carlson said.

There are plenty of studies that show staying physically active, socially active and taking part in activities that stimulate the mind can help forestall some age-related declines. Many studies suggest one of the best ways of going about this is volunteering.

For example, a study presented last year at the American Geriatrics Society annual meeting found that retirees over 65 who volunteered had less than half the risk of dying as retirees who didn't volunteer.

But many of the studies on volunteering and aging are based on surveys that ask seniors about how active they are in a given period. Researchers from Johns Hopkins are currently conducting lengthier studies that track Experience Corps participants over time to determine exactly what aspects of volunteering seem to be the most beneficial.

"Experience Corps is about more than just getting out and being social. Seniors are problem-solving and working with teachers. Many of them say it clears the cobwebs out," Carlson said. "They have a routine in which they have to get up and out in the morning, so there's a physical activity component as well."

Kesia Ferreira, a third-grader at a Dorchester elementary school, was matched with Elizabeth Reed as her tutor a few months ago. Kesia's parents' first languages are Portuguese and Creole. Kesia dreaded the thought that she might be laughed at if she missed a word while reading aloud.

Together, Kesia and Reed tackled a book called The Bravest Girls in the World. Not only is it now Kesia's favorite book, some of the confidence of the little girl in the book has rubbed off on Kesia.

"Miss Reed is nice. She's kind. She helps me to read and tells me what words mean if I don't understand them," Kesia said. "I don't worry anymore about reading out loud."