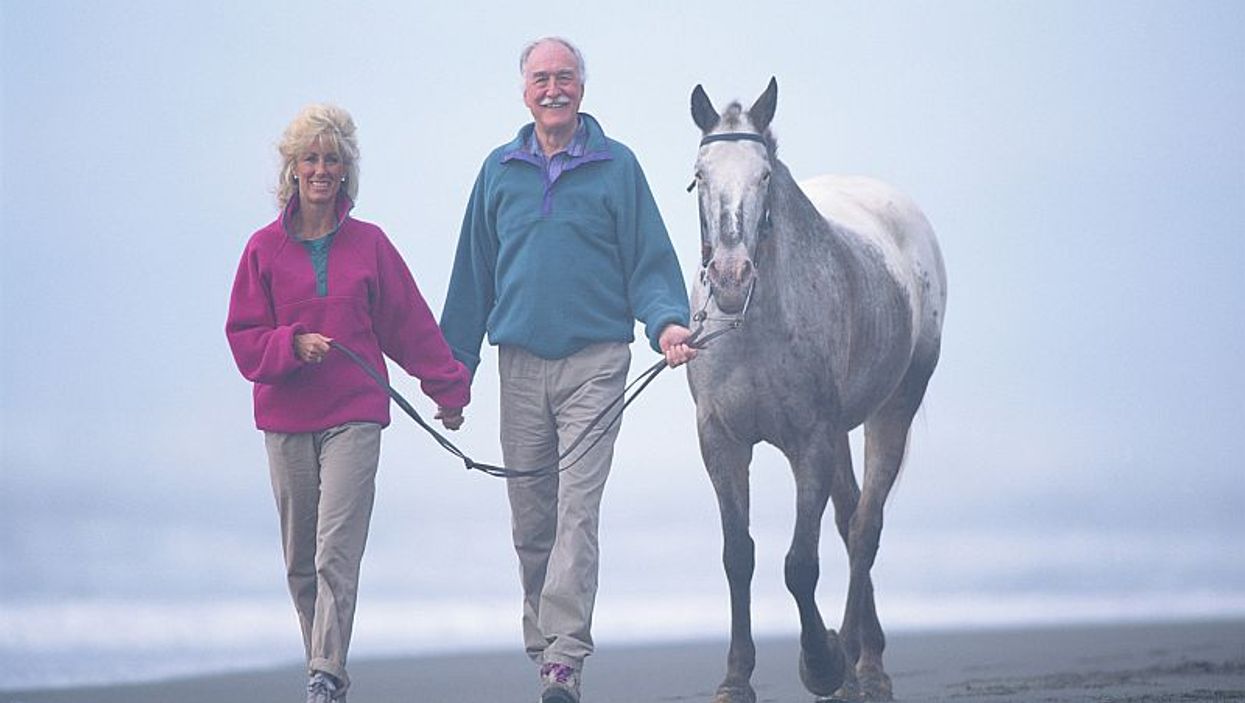 In fact, older people who were physically active kept their minds sharp, even if their brains showed signs of lesions or other markers linked to Alzheimer's disease or other dementias, researchers found.

Lifestyle appears to play a major role in keeping the mind sharp as we age, he said. Other studies have found that keeping socially and mentally active also improves mental skills.

"Together, these suggest that a more active lifestyle, including physical, cognitive and social activities, may help maintain cognition in older adults," Buchman said.

Buchman said he doesn't know how these factors protect the brain, what kind of exercise is best, or how much is protective. Only an association was seen in the study, and more research is needed.

"Even if we don't have treatments for Alzheimer's disease, there's a benefit to having a more active lifestyle that can protect [the brain]," Buchman said.

Keith Fargo, director of scientific programs and outreach for the Alzheimer's Association, agreed.

"In some sense, we don't care why it works," he said. "That it works is good enough."

For the study, Buchman's team looked at 454 older adults. There were 191 who had dementia and the rest did not.

Participants had physicals and tests of memory and thinking skills every year for 20 years. All agreed to donate their brains for research after death.

When participants died, the researchers looked at their brains for signs of dementia and Alzheimer's disease. The average age at death was 91.

About two years before death, each participant was asked to wear a device called an accelerometer, which measured their physical activity around the clock. Their activities included cleaning house and exercise routines.

Researchers found that participants who were the most active had better thinking and memory skills than those who led more sedentary lives.

People who had better motor skills -- ones that help with movement and coordination -- also had better thinking and memory skills, the study found.

The link between higher activity and better thinking remained consistent whether a participant had dementia or not.

And even a small boost in activity helped, lowering dementia risk by 31 percent. Increases in motor skills were linked to a 55 percent lower risk, Buchman's group found.

Buchman said physical activity and motor abilities accounted for 8 percent of the difference in participants' scores on thinking and memory tests.

Even people who are very old and have lived a sedentary lifestyle can see a benefit from exercise, said Fargo, who wasn't involved with the study.

He added that based on other studies, aerobic exercise seems to be the most beneficial. Aerobic exercise increases a person's breathing and heart rate. It includes activities such as walking, swimming and cycling.

"The time to really begin thinking seriously about your brain health to have the best outcome is, if not your entire life, at least by early middle age," Fargo said.

The report was published online Jan. 16 in the journal Neurology.