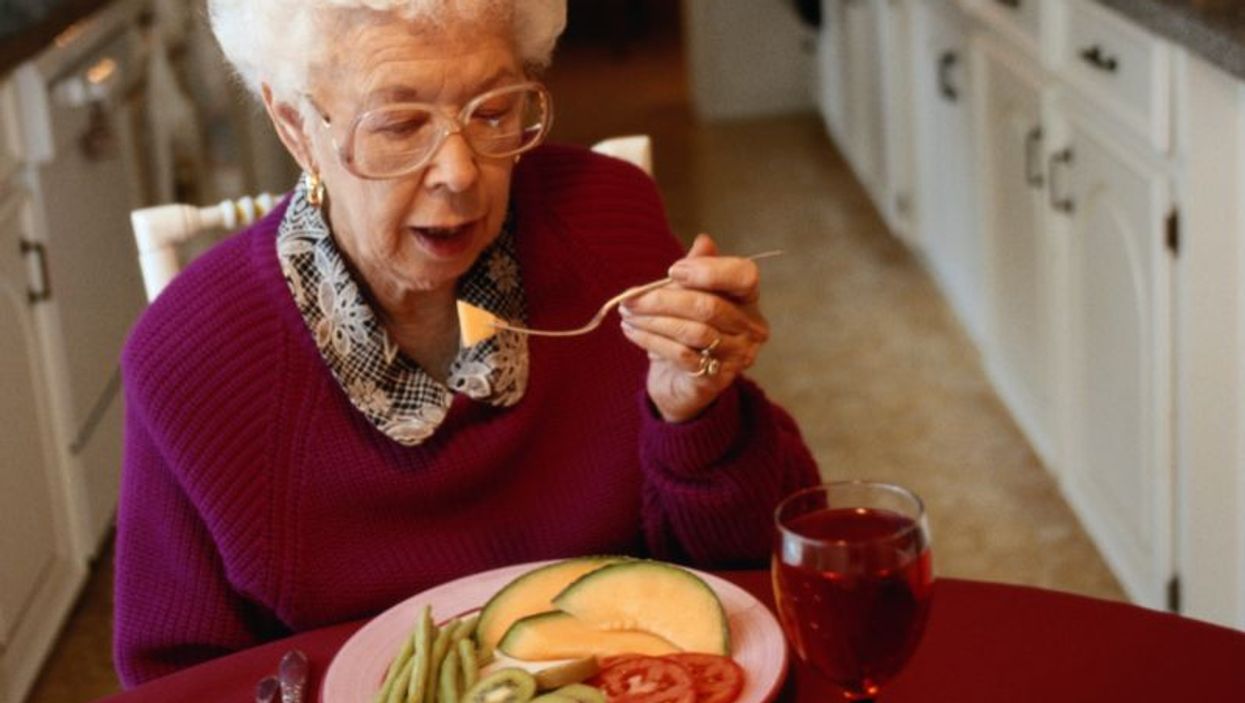 And for those under 65 who qualify for Medicare because they're disabled, 4 of 10 may be going hungry, the researchers added.

"People are always talking about Medicare and how to tweak it and improve access to care, but these kinds of social problems [hunger] can be just as much of an issue," said study author Jeanne Madden, from Northeastern University in Boston.

Madden said the problem of what researchers call "food insecurity" isn't a new one. It's officially defined as an inability to get enough food due to financial reasons.

She said things are being done within the health care system to try to address this, such as screening patients for the problem and giving patients access to social workers that can help them find services available to them, such as the Supplemental Nutrition Assistance Program (SNAP) from the U.S. federal government.

"But it's a systemic problem and people really struggle. Addressing it solely in the health care system is just staunching the bleeding," Madden added.

Thirty-eight percent of those under 65 reported they were going hungry. Slightly more than 9% of those over 65 were in the same boat. Risk factors that increased the odds of going hungry included having an income of less than $15,000 a year, four or more chronic illnesses, depression and anxiety.

Dawn Apgar is director of the Department of Sociology, Anthropology and Social Work at Seton Hall University in South Orange, N.J. "This study highlights an important social problem -- food insecurity among older adults," she said.

"The issue of hunger is often not discussed in the United States, so this study is important to reminding us that there are disparities which still exist between who has access to adequate and nutritious food and who does not," said Apgar, who wasn't involved with the research.

She said there's often still a stigma attached to the problem, especially for older adults. That may keep people from accessing government programs when they need them. Plus, with America's obesity problem, people often don't realize that not having enough food or not having access to nutritious food is a big problem, too, Apgar noted.

Both Madden and Apgar also said it's possible that food insecurity might set up a vicious circle. If someone isn't getting enough food, that might lead to worsening health, which in turn might then lead to even more trouble getting enough food.

For people checking in on older parents or grandparents, Apgar said that not having enough food to eat is often a problem that emerges slowly. Decreased mobility, lower income and chronic illnesses are factors that may play a part.

"Weight loss or other physiological changes may be indicators of poor nutrition," she said. "Often, older adults may not even realize that they are food-insecure. Children and grandchildren should never assume that food insecurity is not a problem for the older adults in their lives, as it is often hidden and hard to detect."

Apgar pointed out that even if finances aren't a concern, older people or those with chronic illnesses may have trouble making meals or getting nutritious foods.

She said Meals on Wheels, which delivers food to needy or homebound people, can be very helpful for addressing the nutritional needs of older adults. Apgar said it has the added benefit of helping lessen social isolation.

The researchers suggested automatic enrollment or an easier recertification process for low-income people receiving food assistance might help lessen the problem in these vulnerable groups.

The findings were published Sept. 30 in the journal JAMA Internal Medicine.

Get information on getting help if you can't afford food from Feeding America.