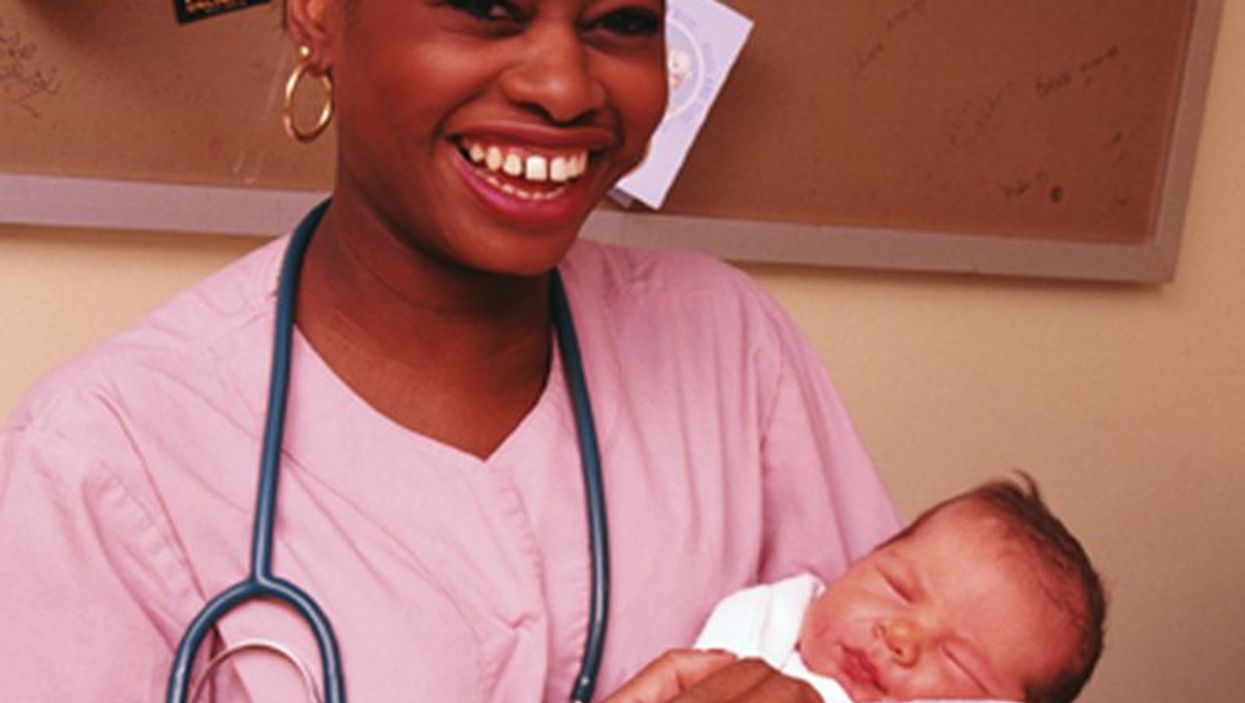 MONDAY, Feb. 1, 2016 (HealthDay News) -- Dabbing infants delivered by cesarean section with their mothers' vaginal secretions restores some of the potentially helpful bacteria that newborns naturally pick up when they pass through the birth canal, a small study finds.

The researchers said their "proof of principle" study is the first to show it's possible to transfer some of those germs, which play a role in immune-system development.

Whether this can protect C-section babies from developing diseases such as asthma remains to be seen, however.

With this experimental technique, the vaginal bacteria "pick up and bloom" in different sites of the baby's body, "resembling vaginally delivered babies," study lead author Maria Dominguez-Bello, associate professor of medicine at NYU Langone in New York City, said in a conference call to discuss the findings.

The study was published online Feb. 1 in the journal Nature Medicine.

Everyone has bacteria that reside in and on the body, including the mouth, skin, gut and vagina. Collectively, these communities of germs make up the human "microbiome."

Early exposure to germs, or "microbes," in the birth canal teaches newborns' immune systems to distinguish between helpful and harmful bacteria, the study authors explained.

According to Gregory Buck, professor of microbiology and immunology at Virginia Commonwealth University in Richmond, "Those bacteria can establish themselves in the gut, the skin, the eyes, other orifices of the baby that are exposed."

Swabbing a C-section baby with mom's secretions is "a less intensive exposure to the bacteria" than a baby would have during vaginal delivery, said Buck. He is principal investigator of a U.S. National Institutes of Health-funded project examining how vaginal bacteria affect preterm birth.

Scientists believe C-sections disrupt development of the natural microbiome. Cesarean babies have a greater risk of asthma, allergies, obesity and autoimmune diseases later in life, although studies haven't proven a direct cause-and-effect relationship, the authors of the new study said.

In the United States, close to one in three births is a C-section delivery, according to the U.S. National Center for Health Statistics.

Attempting to restore babies' microbiomes, the NYU team incubated sterile gauze in the mother's vagina one hour before C-section and swabbed the baby's mouth and body with the fluid-soaked gauze within two minutes of birth.

Women with sexually transmitted diseases, bacterial infections of the vagina and other conditions that could expose babies to harmful germs were not allowed to participate, according to the report.

The study involved 18 infants and their mothers, including seven born vaginally and 11 delivered by scheduled C-section. Four of the cesarean babies were exposed to vaginal fluids at birth.

"Our results establish feasibility, but not health outcomes," Dominguez-Bello stressed.

The research team has "taken an important first step," Alexander Khoruts, of the University of Minnesota, wrote in an accompanying editorial in the journal. While this study was limited in size and duration, he said randomized trials may one day lead to treatments benefiting C-section babies.

Ultimately, researchers hope to follow a larger number of mothers and babies over an extended period of time to determine whether exposure to vaginal fluids affects children's disease risk.

The American College of Obstetricians and Gynecologists has not weighed in on the technique, and Dominguez-Bello would not offer medical advice.

Study co-author Jose Clemente, assistant professor of genetics and genomic science at the Icahn School of Medicine at Mount Sinai in New York City, said the take-home message is, " 'Don't do this at home.' You want to make sure that this is done in a safe manner to protect the infant."

Dr. Philippe Girerd, an obstetrician-gynecologist in Richmond, Va., and faculty member at Virginia Commonwealth University, is an early adopter of the practice. Absent vaginal infections and with mothers' consent, he has swabbed between five and 10 C-section babies with vaginal secretions.

"I don't make claims, but I tell them the literature seems to imply that perhaps there's some benefits," Girerd said.

The American Academy of Microbiology has more on the human microbiome.