See What HealthDay Can Do For You
Contact Us
November 26, 2013

Thyroid Shield Deemed Essential During Use of C-Arm Fluoroscopy 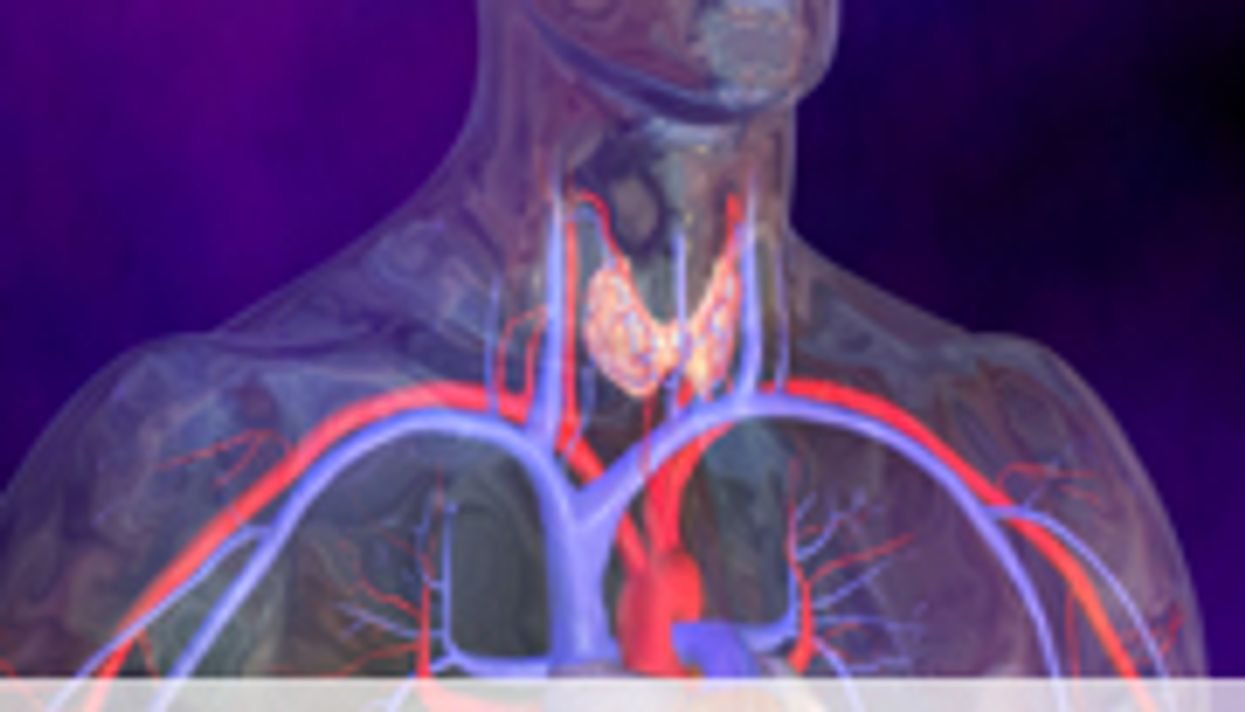 TUESDAY, Nov. 26, 2013 (HealthDay News) -- The best way for surgeons to reduce scattered radiation exposure to the thyroid is by wearing a shield tightly or wearing it loosely in combination with a bismuth masking reagent, according to a study published in the Nov. 15 issue of Spine.

Seung Yeol Lee, M.D., from the Seoul National University Bundang Hospital in South Korea, and colleagues used two photoluminescence dosimeters to measure the dose of radiation to the thyroid in a simulated surgeon during setup of a patient treated with C-arm fluoroscopy. A thyroid shield (either lead or lead-equivalent) in three different arrangements (worn tightly, worn loosely, and worn loosely with a bismuth masking reagent) was worn during measurement of radiation doses.

The researchers found that, for the lead-shield group, radiation doses when worn tightly were 1.91 µSv/min, 2.35 µSv/min when worn loosely, and 1.86 µSv/min when worn loosely with a bismuth masking reagent. There was significantly lower radiation exposure when wearing the shield tightly and wearing it loosely with a bismuth masking reagent, compared to wearing the shield loosely (P ≤ 0.001). For the lead-equivalent shield group, radiation doses were 1.79, 1.82, and 1.74 µSv/min, respectively. The lead-equivalent thyroid shield group received significantly lower scattered radiation doses, compared with the lead thyroid shield group (P ≤ 0.001). The unshielded group received a radiation dose of 16.32 µSv/min.

"The use of some form of thyroid shield is essential during the use of C-arm fluoroscopy," the authors write.