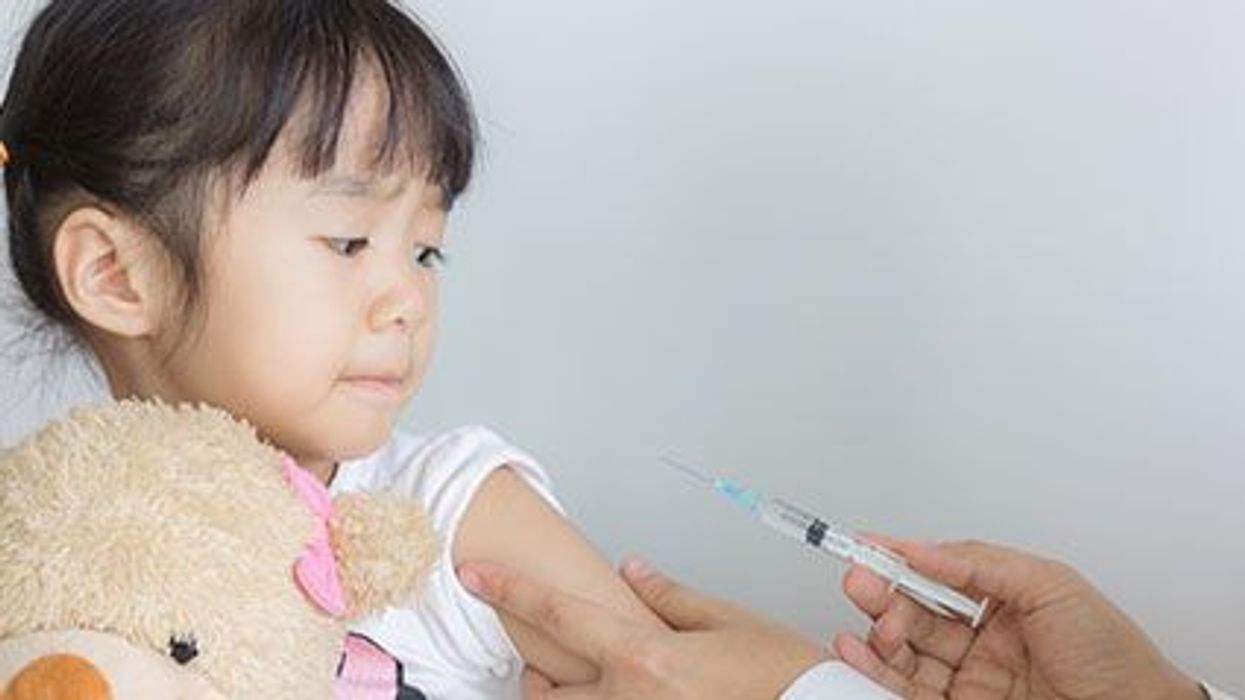 TUESDAY, April 20, 2021 (HealthDay News) -- During the pandemic, there has been a decrease in total and measles-containing vaccines in all children, according to a study published online April 15 in Pediatrics.

Bradley K. Ackerson, M.D., from Kaiser Permanente Southern California in Pasadena, and colleagues assessed vaccine uptake and vaccination coverage for all recommended vaccines and for measles-containing vaccines at milestone ages in a cohort of children aged 0 to 18 years during January to August 2020 and compared the uptake and coverage rates to those in the same period in 2019. Differences were assessed in prepandemic (January to March), stay-at-home (April to May), and reopening (June to August) periods in 2020 versus 2019.

The researchers found that compared with 2019, during the pandemic period in 2020, total and measles-containing vaccines declined markedly in all children; they recovered in children aged 0 to 23 months. Measles- containing vaccine uptake recovered after an initial decline among children aged 2 to 18 years, but the total vaccine uptake remained lower. During the pandemic period, there was a rapid decline in vaccination coverage (recommended and measles-containing vaccines), which remained reduced among most milestone age cohorts aged 24 months and younger; in older children, recommended vaccination coverage decreased during the reopening period in 2020 versus 2019.