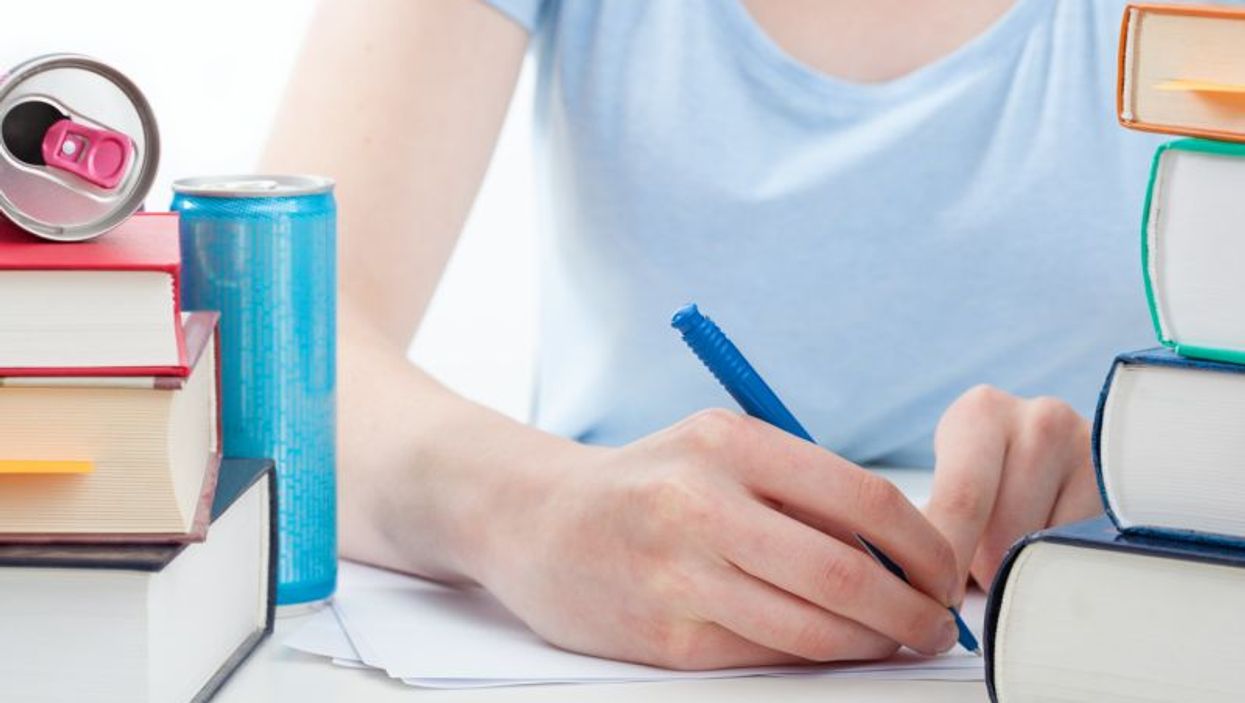 These drinks -- sold as Monster and Red Bull, to name two -- have been linked to heart, nerve and stomach problems, researchers say.

"A lot of young kids use energy drinks when they exercise, a time when you need your arterial function to be at its top," said lead researcher Dr. John Higgins. He's a professor of medicine at McGovern Medical School at the University of Texas Health Science Center in Houston.

Exercise and sports require maximum blood flow so oxygen can get to cells quickly, Higgins said. Energy drinks that reduce the vessels' diameter, in effect, restrict blood flow and oxygen delivery, he explained.

"It's more work for the heart and less oxygen supply for the heart. This could explain why there have been cases where kids have had a cardiac arrest after an energy drink," he said.

Plus, people often chug energy drinks so they get the full effect in one shot, and that might be dangerous, Higgins said.

"These drinks are not intended for children," Higgins warned. In addition, people under 18, women who are pregnant or breastfeeding, caffeine-sensitive individuals, those taking stimulants or caffeine-based drugs or those with heart disease should stay away from energy drinks, he added.

The function of these cells was tested before and after the participants consumed the energy drink, and again 90 minutes later. The researchers looked at artery flow-mediated dilation -- an ultrasound measurement that is an indicator of overall blood vessel health.

After 90 minutes, the internal diameter of blood vessels tested was dramatically smaller, on average, than before, the investigators found.

This negative effect on blood vessels may be related to ingredients in the energy drink, such as caffeine, taurine, sugar and other herbals, the researchers suggested. Taurine is an amino acid touted as increasing energy and was originally extracted from bull semen -- hence the name Red Bull, the researchers said.

But, Katz said, "this is a small study looking only at acute effects and cannot be considered proof that energy drinks injure the cardiovascular system over time."

That being said, the combination of sugar and stimulants in these drinks has no proven benefit, Katz added.

"There are far better ways to boost energy, such as standing up and getting a bit of exercise," he suggested. "In the absence of a reliable benefit, even a low level of risk is objectionable."

A spokesman for an industry group that represents makers of energy drinks said the drinks are safe.

"Mainstream energy drinks contain about half the caffeine of a similarly sized cup of coffeehouse coffee, and have been extensively studied and confirmed safe for consumption by government safety authorities worldwide," said William Dermody, spokesman for the American Beverage Association. "Nothing in this preliminary research counters this well-established fact."

The study findings are scheduled for presentation Nov. 12 at a meeting of the American Heart Association, in Chicago.

To learn more about caffeine and heart disease, visit the American Heart Association.