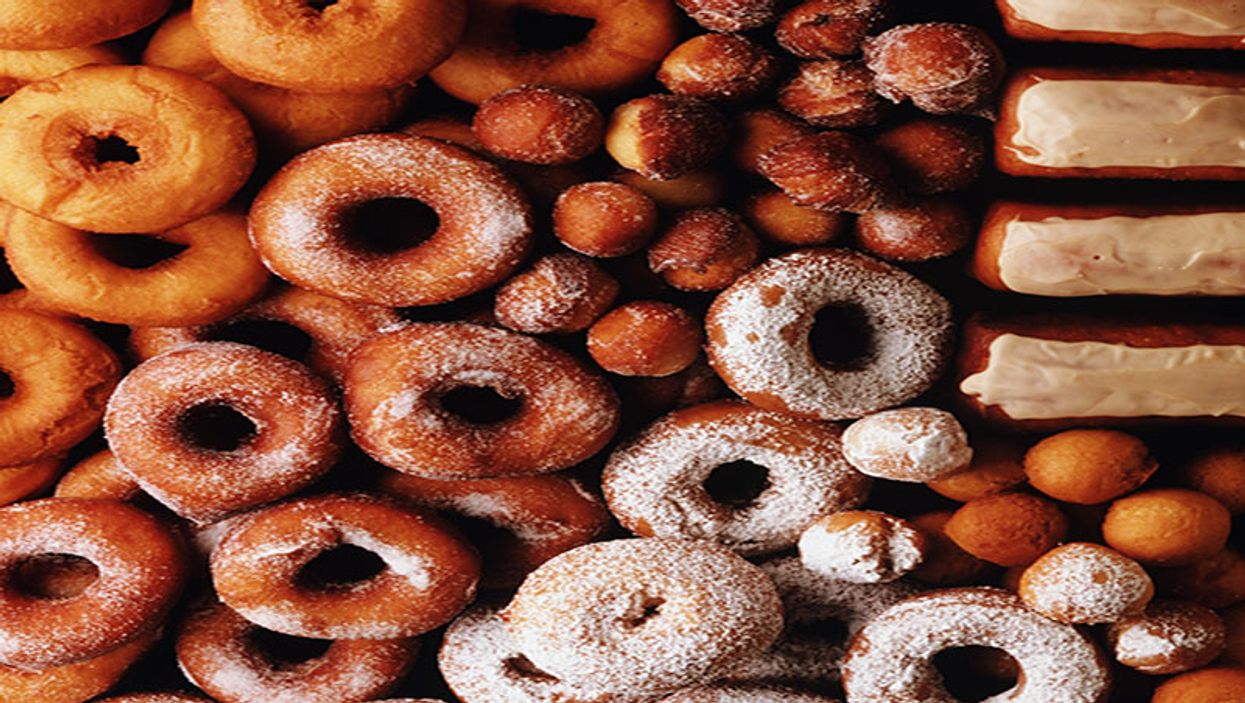 These modern foods, high in both fat and carbohydrates, produce a higher "reward" signal than foods containing either mostly fat or mostly carbs, the researchers report.

"These foods that have both fat and carbohydrate are tricking this ancient mechanism, so the response is larger than it should be for the amount of energy that's actually there," Small said. "They're more reinforcing than they should be."

It's been known for some time that the gut sends signals to the brain that govern whether you feel hungry or full.

However, newer research has indicated that fats and carbohydrates might send these signals through separate pathways to the brain, potentially creating a combined effect, Small said.

This is particularly a problem for modern humanity, and potentially an explanation of the twin epidemics of obesity and diabetes, she said.

For the study, test participants underwent brain scans while being shown photographs of familiar snacks.

The snacks were either high in carbs (lollipops or candy), high in fats (meatballs or cheeses), or high in both (cookies or cakes), Small said.

The participants were asked to "bid" for the foods they preferred using real money, and told that if they won the auction they would be allowed to eat the item they selected, Small said.

The participants were willing to pay more for those foods that combined fat and carbohydrates, the researchers reported.

Additionally, foods featuring a fat-carb combo lit up neural circuits in the brain's reward center more than the person's favorite food, foods that appeared either sweeter or more energy-dense, or foods that came in larger quantities, the researchers found.

"What is surprising is it's not just more calories equal more reward," Small said.

The researchers also found distinct differences in people's ability to estimate calories in foods that were either heavy in fats or carbohydrates, Small said.

These findings jibe with suggestions that snacks like nacho-flavored chips are foods perfectly engineered to push your buttons, containing "the right combo of fat, carb and salt," said Dr. Mitchell Roslin, chief of obesity surgery at Lenox Hill Hospital in New York City.

"This study explains that the body has limited skills to sense when enough is enough and why you eat the whole bag," Roslin said. "The bottom line is that we need to be educated consumers. We must make proper choices, and cannot just allow our hunger and satiety to guide us."

Mascha Davis, a registered dietitian and nutritionist in Los Angeles, urges her clients to get around these urges by keeping healthy snacks close at hand that contain carbs and fats, such as nut butters or trail mixes or bars featuring nuts and dried fruit.

"You're getting both the fat and the carbs, and that's satisfying you so you're not falling prey to the temptation of fast food or processed food," Davis said. "We may still have certain caveman tendencies, but we no longer live in a caveman landscape where it was feast or famine and sometimes there weren't plenty of options around."

The new study was published June 14 in the journal Cell Metabolism.

The U.S. Department of Agriculture has more about macronutrients in food.