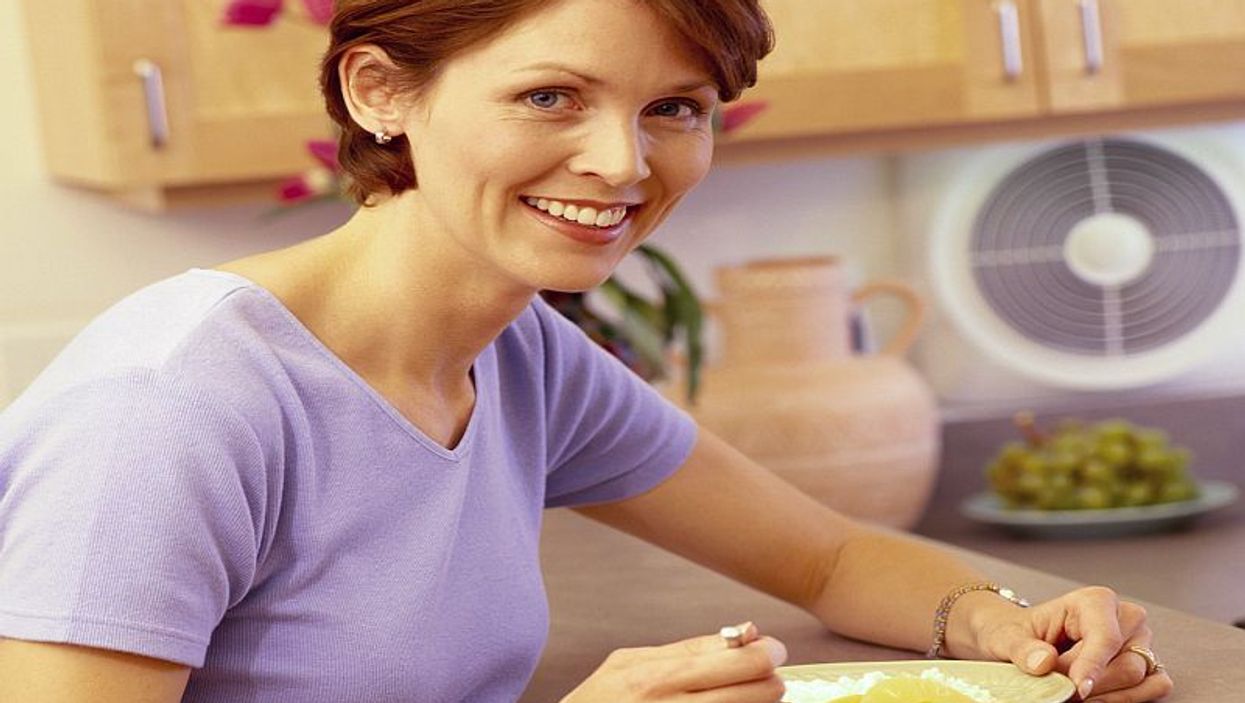 THURSDAY, Nov. 3, 2016 (HealthDay News) -- Overweight people who eat during a much smaller window of time each day than is typical report fewer hunger swings and burn slightly more fat at certain times during the night, according to a new study.

But the study was small and it's not yet clear what effect, if any, this approach might have on weight.

Courtney Peterson, the study's lead author, said the researchers definitely aren't saying this is a cure for obesity.

However, the assistant professor of nutrition sciences at the University of Alabama at Birmingham thinks the idea is worth examining as a potential weight-loss approach and hopes to conduct a larger study.

The approach is called early time-restricted feeding. It's been tested in animals, where researchers have found that it reduced fat mass and the risk of chronic disease.

Peterson was scheduled to present her findings Thursday at The Obesity Society annual meeting, in New Orleans. Studies presented at medical meetings are viewed as preliminary until published in a peer-reviewed journal.

For the study, Peterson evaluated 11 men and women. Their average age was 32, and their average body mass index (BMI) was 30.

Body mass index is a rough measure of a person's body fat based on height and weight. A BMI of 30 is considered obese. Someone who is 5 feet 9 inches tall would need to weigh 203 pounds to have a BMI of 30.

The participants ate the same number of calories during each approach, Peterson said, and they ate only the food given to them by the researchers and under supervision.

Peterson's team then tested the impact of the longer fast time on calories burned, fat burned and appetite. The restricted eating time didn't change the total number of calories burned, she said.

But it did increase fat burning at some points during the night, though it didn't increase fat burning overall. The restricted time improved the body's ability to switch between burning carbohydrates and burning fat, the study authors said. Experts call this metabolic flexibility.

Peterson also found that those in the restricted-eating group had fewer swings in hunger when the participants were asked to report how hungry they were at different points in the day. Peterson speculates that when people "front-load" calories, they aren't very hungry at a typical dinnertime.

The body has an internal clock, and many aspects of metabolism are working best in the morning, according to Peterson. Eating in alignment with the body's circadian clock, which means eating earlier in the day, may help with fat burning, she suggested.

It's not clear yet what the restricted eating pattern might mean in terms of long-term weight control, Peterson said.

Dale Schoeller, professor emeritus of nutritional sciences at the University of Wisconsin, Madison, pointed out that "these are very early results."

Schoeller, who is also a spokesperson for The Obesity Society, was not involved with the new research. He noted that most studies about restricted eating have been done with animals, and researchers are "only starting to look at humans."

Among the caveats, Schoeller said, were that the study was small and short-term. The effects "may not last," he added.

Even so, he said, people who are healthy without any disease might try this approach. Others should talk to their doctor first. And, as with other weight-loss approaches, Schoeller said, this may only help some people looking to get to a healthier weight.

To learn more about maintaining a healthy weight, visit the U.S. Centers for Disease Control and Prevention.