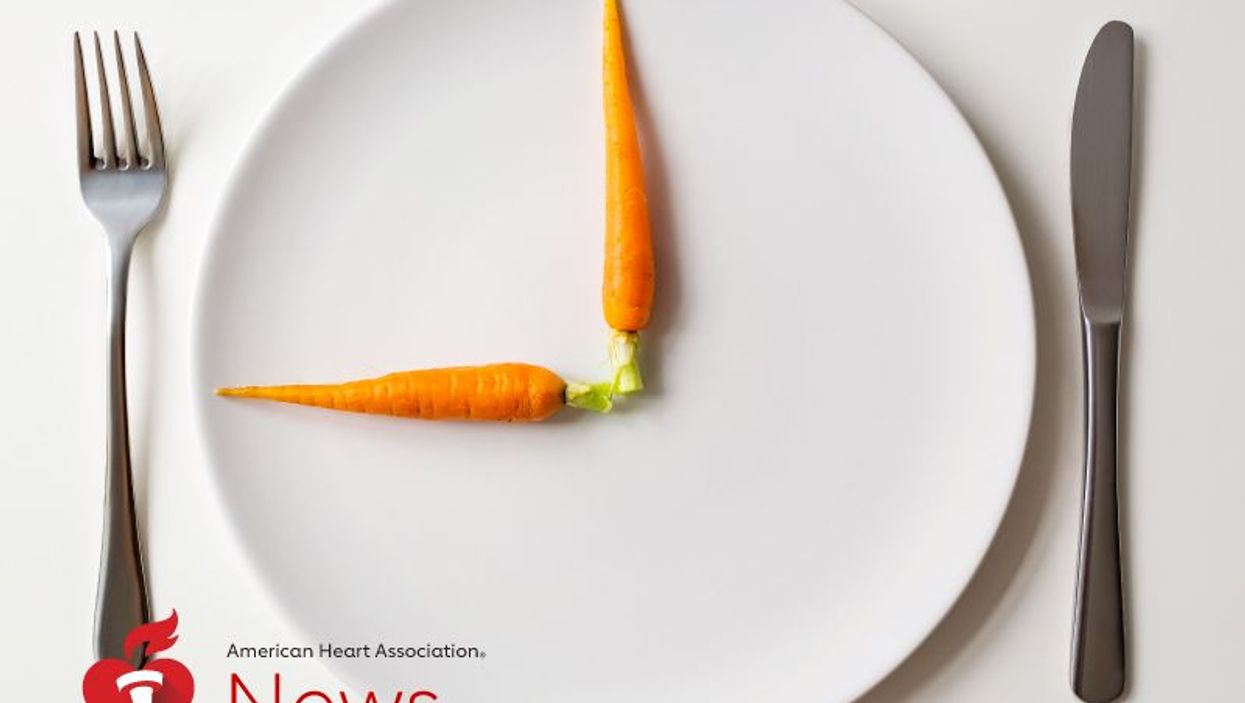 Researchers sought to shed new light on the centuries-old debate about how fasting affects health. Recent studies have shown it contributes to reductions in blood pressure, "bad" LDL cholesterol and insulin resistance, a condition that can raise blood sugar. A 2017 study showed alternate-day fasting was as effective as daily calorie restriction for losing weight and keeping the pounds off.

The new studies focused on data from patients evaluated for heart disease in Utah and other Rocky Mountain states. The research included hundreds of members of The Church of Jesus Christ of Latter-day Saints, also known as Mormons, who typically fast one Sunday each month, for up to 24 hours.

In the first study, researchers zeroed in on how fasting impacts life span. About 2,000 people who had undergone a cardiac catheterization procedure were followed for an average of 4.4 years, including 389 "routine fasters" who had been fasting regularly for at least five years.

After adjusting for various factors, researchers discovered the routine fasters had a 45% lower mortality rate than the non-fasters during the follow-up period.

"It's very interesting … it's a more profound effect than we anticipated," said researcher Dr. Benjamin Horne, who recently presented the preliminary findings at the American Heart Association's Scientific Sessions.

Horne also was involved in the second fasting study, which used the same patient data to see how routine fasting affects heart failure and heart attacks. After adjusting for various factors, there was no significant difference in heart attacks, but routine fasters had a 71% lower rate of developing heart failure than non-fasters.

"That's a huge difference, and frankly, it was a little unexpected," said Horne, director of cardiovascular and genetic epidemiology at Intermountain Medical Center in Salt Lake City, Utah.

Krista Varady, an associate professor of nutrition at the University of Illinois at Chicago, called it "an important study that hasn't been done before. There's a lot of short-term clinical trials for intermittent fasting, but we definitely don't have any long-term data in humans looking at whether it can prevent things like heart failure."

Varady, who was not involved in the research, said the study was limited by the fact that most of the fasters were Latter-day Saints.

"They lead a very different lifestyle compared to the average American," she said. "For instance, they don't smoke, don't drink alcohol and are slightly more physically active. It just makes sense they're going to live longer and have a lower chance of heart disease."

Even though researchers adjusted for some of those factors, she said "it is very difficult to tease apart the effects of fasting versus an otherwise healthy lifestyle in this population, despite the use of statistical corrections."

A number of hot diet trends encourage people to restrict their eating to a window of 8 to 12 hours and fasting the remaining 12 to 16 hours. But participants in the two new studies fasted even more hours each day, over the course of an average of 42.2 years, Horne said.

"We think that long-term fasting of about one day, once a month, over a period of decades is making the body activate those beneficial mechanisms for a few hours each day between dinner and breakfast when it usually wouldn't. … Those hours build up over long periods of time and provide the benefits," he said.

The research was limited by being an observational study that doesn't prove cause and effect, Horne said. He'd like to see future studies that explore why fasting seems to protect against heart failure, and he also called for a large study on the psychological benefits of fasting.

"Some people who've started fasting say they unexpectedly feel they have more self-control over their appetite," he said. "Potentially, there's a direct result between fasting and the strengthening of the mind so people are able to eat a better diet."

Varady called for future studies that follow people who restrict eating in a variety of ways – such time-restrictive fasters and alternate-day fasters. "This is a nice first step, but we need to do long-term research on different people doing different types of fasting."