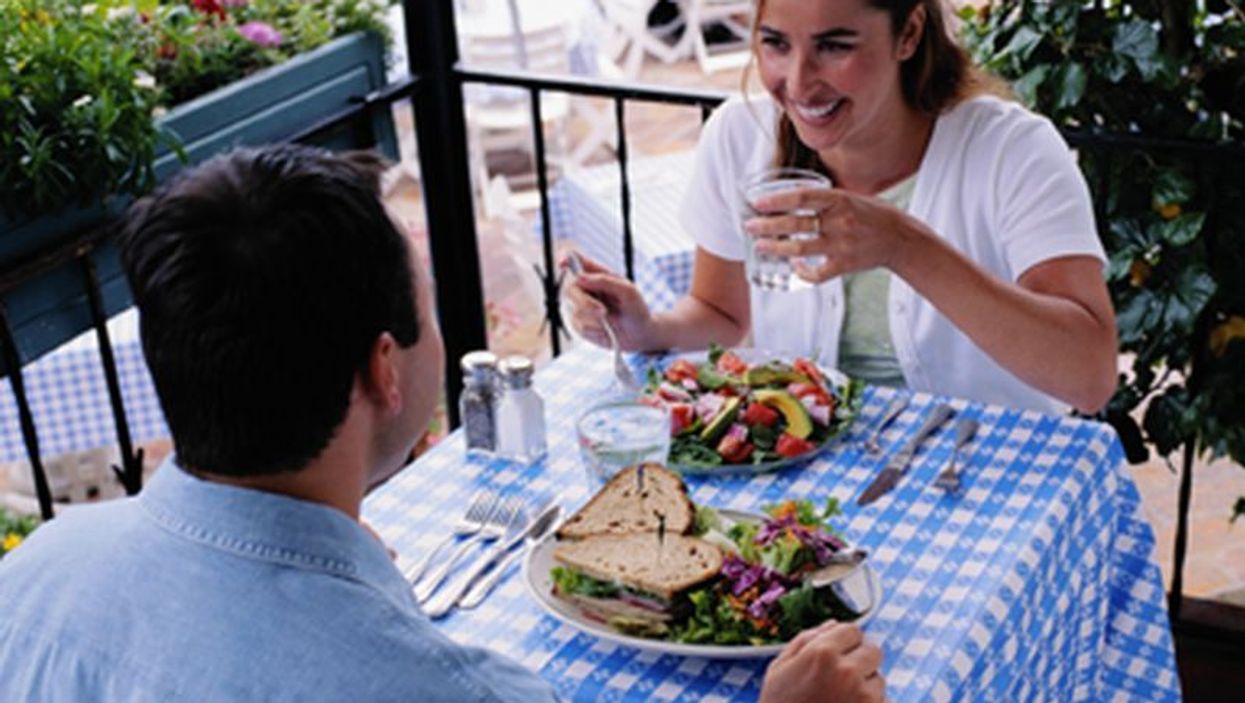 University of Liverpool researchers led by Eric Robinson said that 89 percent of the full-service restaurant meals and 83 percent of the fast-food meals exceeded England's recommended limit of 600 calories for midday and evening meals.

In the second study, researchers measured calories in widely ordered meals in 116 full-service and fast-food restaurants in Brazil, China, Finland, Ghana and India, and compared them with calories in meals at popular U.S. restaurants.

Main meal dishes at fast-food chains had an average of 809 calories, compared with 1,317 calories in those served in full-service restaurant chains. Only restaurants in China served meals with significantly less calories than U.S. restaurants.

The recommended 600-calorie limit was exceeded by 94 percent of full-service restaurant meals and 72 percent of fast-food places, according to the study led by researchers at the Human Nutrition Research Center on Aging at Tufts University in Boston. The lead study author was Susan Roberts, who is director of the Energy Metabolism Laboratory at Tufts.

Both reports were published online Dec. 12 in the BMJ.

The researchers said their findings likely underestimate the number of calories consumed by restaurant customers because drinks, starters, desserts or side orders weren't included in the studies.

Extremely high amounts of calories in full-service restaurant and fast-food meals are common in many countries and likely play a role in the global obesity epidemic, the researchers added.

They suggested tackling the problem through public health measures, such as: reducing the number of calories in meals; offering smaller portion sizes; and nutrition labeling of meals.

Health officials would be wise to consider how different types of solutions can be used together, Jean Adams, from the Centre for Diet and Activity Research, University of Cambridge, U.K., wrote in an accompanying editorial.

To achieve change, the public health community needs "to find ways to transcend ideological debates, appeal to all sides, and acknowledge the potential value of many different approaches," Adams said in a journal news release.

The U.S. National Library of Medicine outlines 10 ways to cut 500 calories a day.