Here's Why a Soda With That Burger Is Especially Fattening 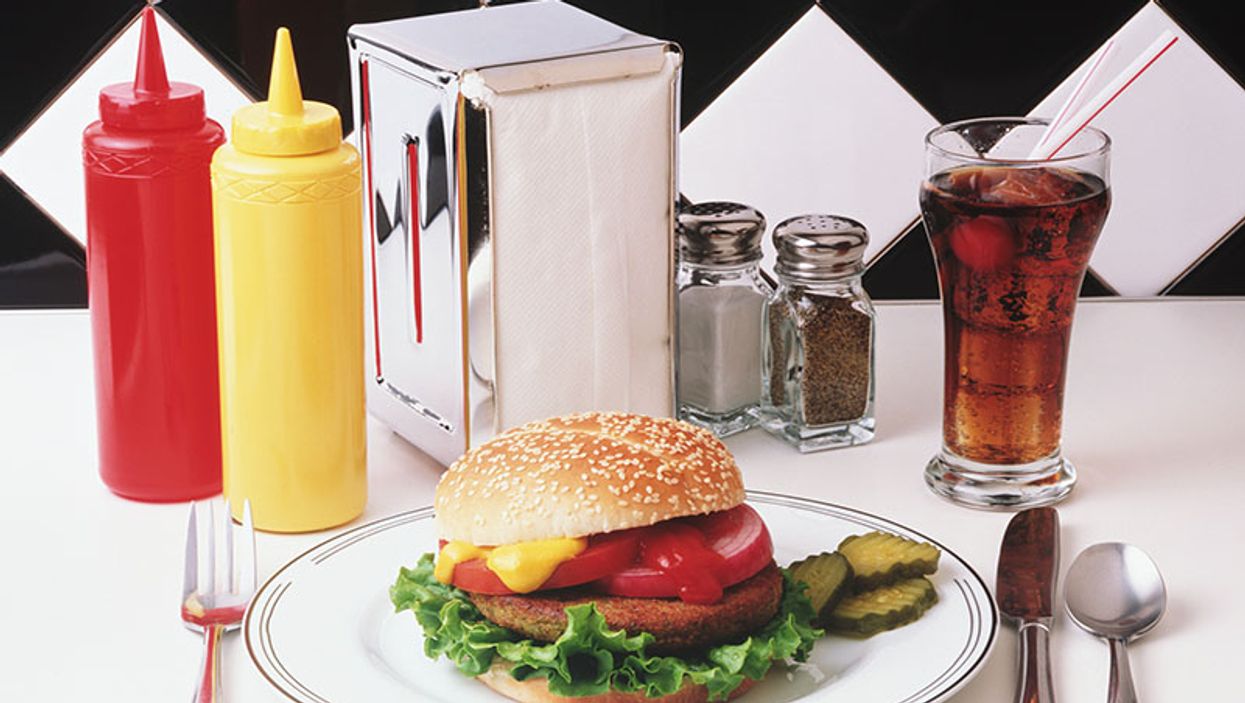 FRIDAY, July 21, 2017 (HealthDay News) -- Combining a sugary soda with your burger or fried chicken can really prime your body to pack on more pounds, a new study suggests.

Folks who had a sweetened drink with a high-protein meal stored more unused fat, compared to others who ate the same food with a sugar-free beverage, laboratory tests revealed.

Their bodies did not burn about a third of the additional calories provided by the sugary drink, researchers found.

The participants also burned less fat from their food, and it took less energy overall to digest the meal.

"If we are adding extra carbohydrates on top of what's already in a meal, that will definitely have an effect on the body being able to use fat as an energy source, and it will more than likely go into energy storage," said lead researcher Shanon Casperson. She's a research biologist with the U.S. Department of Agriculture.

Sodas, sweetened coffee and iced tea drinks, fruit drinks, energy beverages and the like are leading sources of added sugar in the American diet, according to the U.S. Centers for Disease Control and Prevention. Six in 10 kids and half of adults drink at least one sugary beverage each day.

Food contains three major types of nutrients -- carbohydrates, fats and protein. Casperson and her team wanted to see how extra carbs in the form of a sugary drink would affect metabolism of fats and proteins.

For the study, 27 healthy-weight adults were placed in a sealed "metabolic room" that carefully tracked how much oxygen was inhaled and carbon dioxide was exhaled, Casperson said. Urine samples were also collected.

"With those three variables, we are able to calculate the amount of nutrients they use" as well as the calories they burn every minute, Casperson said.

Each day, the participants had a sugary cherry-flavored drink with one meal and a sugar-free cherry drink with the other meal, Casperson said.

The sugar-sweetened drink decreased fat oxidation -- the process that kick-starts the breakdown of fat molecules -- by 8 percent, the researchers discovered.

The researchers think the extra load of carbohydrates in a soda might reduce the body's need to process dietary fat for energy, since fat is more difficult to burn than sugar.

"It's easier for the body to use carbohydrates as an energy source," Casperson said. "When you provide the body with carbohydrates, it's going to use that first." Unburned fat then winds up deposited somewhere in a person's body, such as the belly or hips.

"While this was a small sample size, the study backs up what recent research has been pointing to -- that adding protein to meals helps to keep us full and that sugary drinks can influence our food cravings," Renick said.

"However, this study takes it a step further by suggesting that pairing sugar-sweetened drinks with protein-rich meals can encourage weight gain more than we originally understood," Renick continued.

"This specific combination seems to decrease how well our bodies burn fat," she said. "More research would need to be done, but steering people away from this combination could potentially be another tool when counseling people on weight management."

Casperson isn't sure why adding extra protein to a meal seemed to affect the reduction in fat burning. "That's something we need to look at in future research," she said.

The study appears July 20 in the journal BMC Nutrition.

For more on sugar-sweetened drinks, visit the U.S. Centers for Disease Control and Prevention.