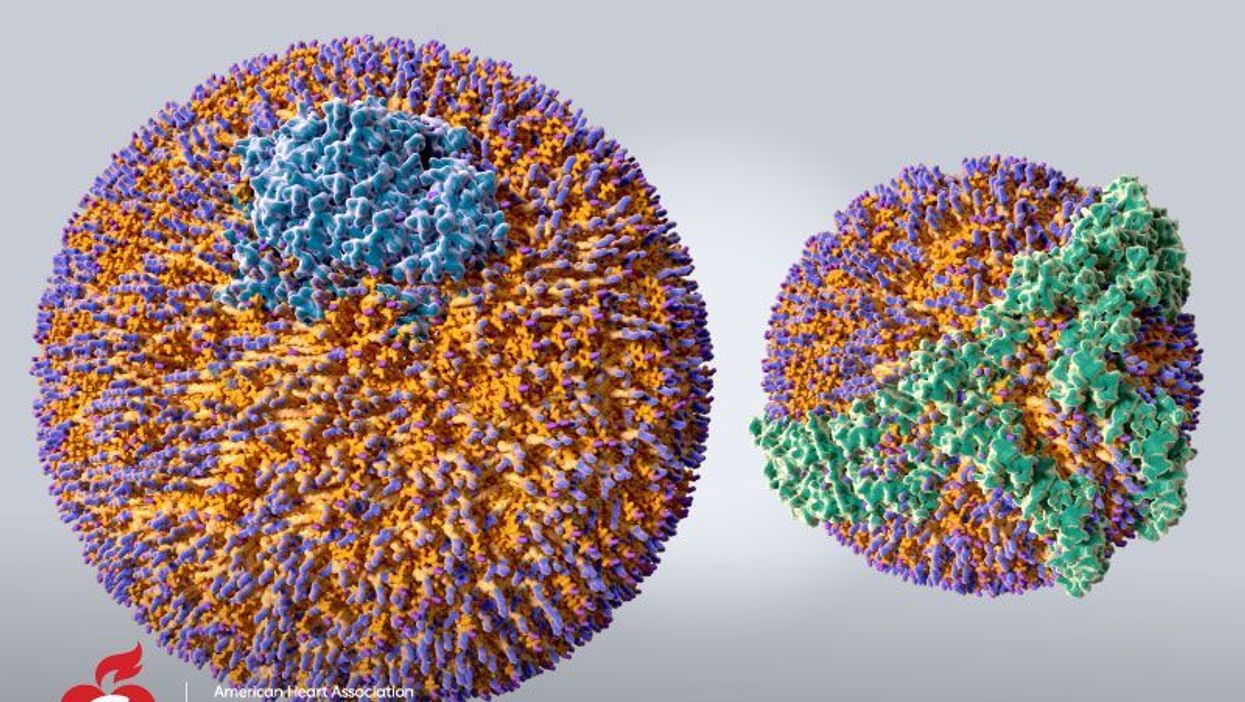 THURSDAY, Oct. 4, 2018 (American Heart Association) -- Researchers have proposed a unique study in humans to reduce the early onset of atherosclerosis, the buildup of the artery-clogging plaque that can lead to heart attacks and strokes.

The report, published Oct. 4 in the Journal of the American Heart Association, reviews a host of previous research and proposes a new clinical trial to reduce apolipoprotein B, also called apo B lipoproteins, in young and middle-age adults. Over the past few decades, research has pointed to this group of blood proteins, which includes LDL, or "bad cholesterol," as the main culprit in the beginnings of atherosclerosis.

"Lowering them may have a big impact on making atherosclerosis go away," said study lead author Dr. Jennifer Robinson, a professor of epidemiology and director of the Prevention Intervention Center at the University of Iowa. "If this works, you could completely eliminate heart attacks and strokes within a generation, because you can't have a heart attack or stroke unless you have atherosclerosis."

The proposed trial, CURing Early ATHEROsclerosis, or CURE ATHERO, would set out to determine if atherosclerosis in high-risk adults aged 25 to 55 might be reversed by using medicines called statins and PCSK9 inhibitors over the course of three years.

"The idea is to get the cholesterol very low for a short period of time, let all the early cholesterol buildup dissolve, and let the arteries heal," Robinson said, adding that this approach has worked well in animal studies. "Then patients might need to be retreated every decade or two if the atherosclerosis begins to develop again."

Lipoproteins are tiny, complex particles that transport fat and cholesterol through the blood. "There are a lot of different types of lipoproteins, but the ones that have apolipoprotein B on them are the ones that cause atherosclerosis," said Dr. John Wilkins, a cardiologist and assistant professor at Northwestern University Feinberg School of Medicine.

Wilkins, who wasn't involved in the report, called the proposal a "very compelling idea" that might show whether older adults can avoid heart attacks and strokes by making sure they have low LDL and apo B levels earlier in their lives.

"We know that people who have low LDL cholesterol for genetic reasons have a very low risk of having cardiovascular events, so if we can replicate one of these genetic states and get people's LDL cholesterol really low in early adulthood, perhaps these people won't have downstream complications like heart attack and stroke," Wilkins added.

The proposed trial would face certain challenges, including reluctance among young, seemingly healthy adults to take medication, Wilkins said. Another possible obstacle is the length of the study.

"Atherosclerosis develops over decades. It's going to be very difficult to conclusively link a treatment strategy in people in their 30s or 40s to a reduction in risk 20 or 30 years later," Wilkins said. "You would have to treat people and then follow them for 20 to 30 years, and that type of study design just isn't practical."

But she said she hopes the proposed trial will show that lowering apo B levels early in life will help people who are genetically inclined to have high cholesterol, as well as those with health problems caused by a poor diet, obesity and lack of exercise.

"People should do as much as they can with lifestyle, but it's really hard to have a healthy lifestyle in modern society," Robinson said.

A clinical trial could pave the way for a new generation of therapies to fight heart attacks and strokes, she said.

"Once you know what causes something, you can come up with a hammer for it and eliminate it. We're not the first ones to think of this idea. This would be the culminating study of decades of research by thousands of people. But I'm excited about this, and I think it's really time to pursue this hypothesis."