Americans With High Blood Pressure Still Eating Too Much Salt 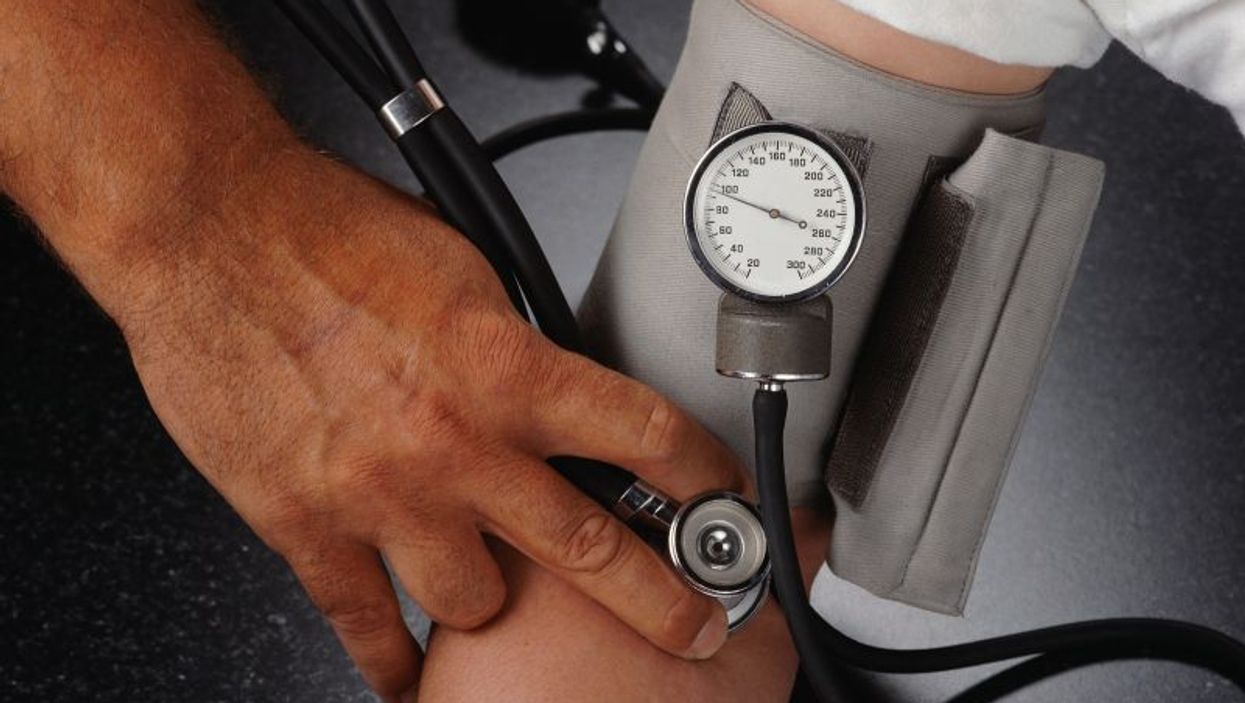 WEDNESDAY, March 8, 2017 (HealthDay News) -- For Americans with high blood pressure, cutting back on salt is an important way to help keep the condition under control. Yet, new research shows that these patients are getting more salt in their diet than they did in 1999.

Between 1999 and 2012, salt (sodium) consumption rose from about 2,900 milligrams a day (mg/day) to 3,350 mg/day. That's more than double the ideal upper limit of 1,500 mg/day of sodium recommended by the American Heart Association for people with high blood pressure (or "hypertension").

One teaspoon of table salt contains about 2,300 mg of sodium. Salt also contains chloride, but it's the sodium that's concerning for heart and blood pressure problems.

Sodium is an essential nutrient that helps control water balance in the body. But too much can cause excess water to build up, increasing blood pressure, and putting a strain on the heart and blood vessels, according to the heart association.

"You really need to watch the salt in your diet, especially if you are hypertensive," said study senior author Dr. Sameer Bansilal. He is an assistant professor of medicine at the Icahn School of Medicine at Mount Sinai in New York City.

"People who eat too much salt are more likely to have uncontrolled hypertension, and they may suffer from complications of hypertension, like heart and kidney dysfunction, and heart attack and stroke," he said.

According to Dr. Gregg Fonarow, a professor of cardiology at the University of California, Los Angeles, "These findings question the effectiveness of interventions to reduce salt consumption among hypertensive adults."

For the study, Bansilal and colleagues collected data on more than 13,000 men and women who took part in the U.S. National Health and Nutrition Examination Survey between 1999 and 2012. All of the participants had high blood pressure. Their average age was 60.

Daily sodium intake increased among people with high blood pressure by more than 14 percent overall from 1999 to 2012, the findings showed.

People with the lowest salt consumption included those who had already had a heart attack or stroke, those taking blood pressure medications, people with diabetes, obese people and those with heart failure, he said.

"At least these people seemed to have taken the message to heart and have lowered their salt intake, so that's reassuring," Bansilal said.

For people without high blood pressure, U.S. dietary guidelines recommend a daily maximum of one teaspoon of salt a day (2,300 mg of sodium), Bansilal said.

Samantha Heller is senior clinical nutritionist at NYU Langone Medical Center in New York City. She said, "You may not think you are eating too much salt, but consider this: just one teaspoon of table salt has about 2,300 mg of sodium."

And, she added, most of the sodium in your diet probably doesn't come from your salt shaker.

"Over 75 percent of the salt we eat comes from packaged and prepared foods. Only about 15 to 20 percent comes from the salt shaker," Heller said.

"Because some of these compounds are added to foods for shelf-life, texture and as a preservative or flavor enhancer, the food may not taste salty," Heller said. "That does not mean that the salt content is not high."

The World Health Organization predicts that an estimated 2.5 million deaths could be prevented each year if global salt consumption were reduced to the recommended level.

Heller suggested that "cooking from scratch at home more often is the easiest way to slash salt in our diets."

The results of the study are scheduled to be presented March 19 at the American College of Cardiology annual meeting, in Washington, D.C. Findings presented at meetings are generally considered preliminary until published in a peer-reviewed journal.

For more about sodium and blood pressure, visit the American Heart Association.