Giving Up Meat Could Help Your Health -- And the Planet's 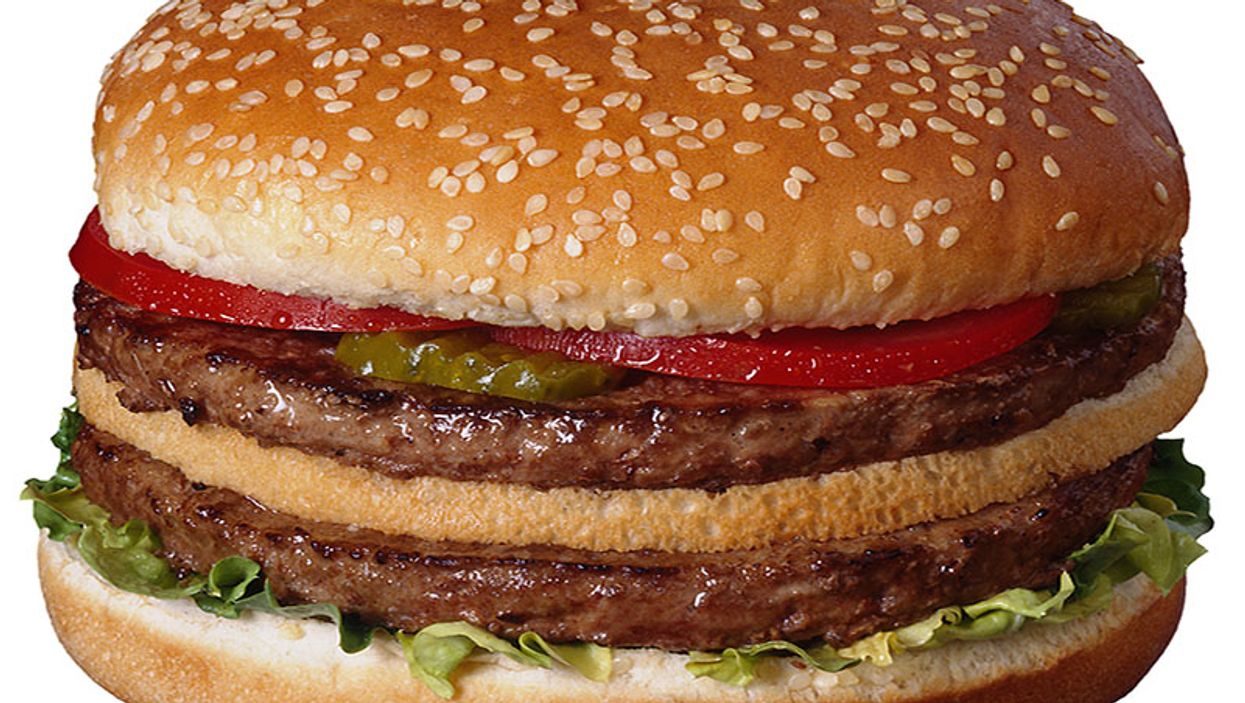 THURSDAY, Aug. 8, 2019 (HealthDay News) -- If Americans traded in their hamburgers for tofu, buckwheat and asparagus, it could make a big difference in the health of the planet -- without shortchanging anyone on nutrients.

That's the conclusion of a new study in which researchers estimated the benefits -- to humans and the environment -- of diets centered on "nutritionally sound" meat alternatives.

Many studies have pointed to ways in which vegetarian diets are kinder to the planet: Less land used for raising and feeding livestock; less pollution; less energy use; and fewer "greenhouse gas" emissions that contribute to global warming.

But meat is an important nutrient source for a huge portion of the population. So it's important to show that plant foods adequately replace those needs while benefiting the environment, according to Gidon Eshel, the lead researcher.

"Here, we rigorously considered the nutritional and environmental aspects," said Eshel, a research professor of environmental and urban studies at Bard College in Annandale-on-Hudson, N.Y.

Specifically, his team used a computer model to estimate the effects of replacing meat in the typical American diet with any of 500 plant-based "partial" diets -- either swapping out just beef, or eliminating all meat.

On average, soy and buckwheat together supplied one-third of the diets' total protein, for example.

The researchers used published studies to estimate what the diets would require in land use, greenhouse gas emissions, water and nitrogen fertilizer -- a source of pollution.

Overall, they estimated that if all Americans traded in meat for plant alternatives, it would eliminate the need for pasturelands. And the nation's diet-related needs for crop land, nitrogen fertilizer and greenhouse gas emissions could be cut by 35% to 50%.

Only water use would rise -- by 15%, the researchers said.

In the United States, meat production accounts for only a small portion of all greenhouse gas emissions, according to Eshel's team. So swapping burgers for soy would trim total emissions by only about 5%.

In contrast, Eshel said, feeding livestock requires a lot of cropland and fertilizer. So plant-based diets could make a big difference in those uses.

And what about the diets' healthfulness? "The science is unequivocal," Eshel said. "These meat-replacement diets would actually be far superior to the typical American diet."

All of the study diets delivered healthy amounts of protein and more than 40 other nutrients -- including fiber, "good" fats and a range of vitamins and minerals. The exception was vitamin B12, which is found only in animal products.

But, the study authors said, that's easy enough to address with supplements.

There's a bigger question, however: How realistic is it that Americans would move en masse to a meatless diet? It's a nation that, in 2015, downed 25 billion pounds of beef alone, according to the U.S. Department of Agriculture.

"I recognize, very clearly, that it wouldn't be an easy transition," Eshel said.

Not only for people, but also for cultural and economic structures, he added. The "labor-intensive" work of vegetable growing, for example, is much different from growing the corn and other commodity crops that now go toward feeding livestock (and people).

Vandana Sheth is a Los Angeles-based dietitian and spokeswoman for the Academy of Nutrition and Dietetics.

She said people can find it hard to go to a more plant-based regimen because of cost, meal-preparation time or doubts about their ability to craft tasty dishes.

"It's absolutely possible to enjoy a healthy plant-based diet and adequately meet all your nutrition needs," Sheth said. "However, it does require some planning and knowledge about the key components required to make it well balanced."

A good general meal guide, she noted, is to fill half your plate with vegetables, a quarter with protein such as beans, lentils or tofu, and a quarter with whole grains.

And while a few foods were prominent in this study, Sheth suggested trying a range of vegetables, legumes, whole grains, nuts and seeds -- and "getting creative" with herbs and spices to amp up the flavor.

You don't have to dive into vegetarianism, either. Sheth suggested taking small steps -- declaring Meatless Monday, for example.

The study was published online Aug. 8 in Scientific Reports.

The Academy of Nutrition and Dietetics has advice on building healthy vegetarian diets.