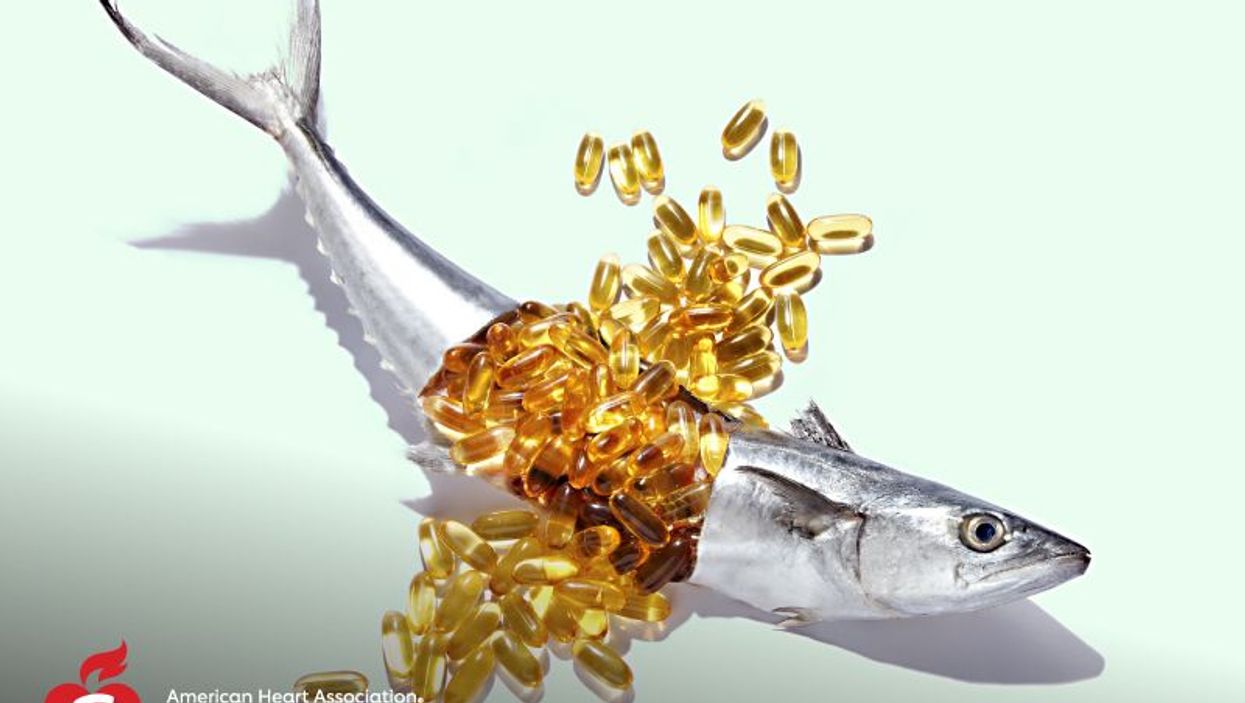 THURSDAY, Dec. 12, 2019 (American Heart Association News) -- Plentiful in foods like fish and flaxseed, omega-3 fatty acids have long been linked with cardiovascular health, and new research is looking at the biology behind how it might work.

"We used the molecules as our biomarkers to show how omega-3 fatty acids are used by our body and to determine if the production of these molecules has a beneficial effect on white blood cells," said Dr. Jesmond Dalli, who conducted the study with colleagues at William Harvey Research Institute at Queen Mary University of London.

The researchers gave 22 healthy volunteers between the ages of 19 and 37 three different doses of an enriched fish oil supplement containing a mix of omega-3 fatty acids. They then tested participants' blood at varying time intervals for levels of specific anti-inflammatory molecules that those fatty acids have been found to produce.

Researchers found the fish oil supplementation increased the level of the anti-inflammatory molecules for up to 24 hours. While it's still unclear from the study if those molecules reduce cardiovascular disease, they do supercharge macrophages, specialized cells that destroy bacteria and eliminate dead cells. They also make platelets less sticky, potentially decreasing the formation of blood clots. The molecules also have been shown to play a role in tissue regeneration.

Dr. Deepak L. Bhatt, a cardiologist at Brigham and Women's Hospital and professor of medicine at Harvard Medical School in Boston, led a study published early this year showing a prescription medication containing an omega-3 fatty acid called EPA (icosapent ethyl) significantly reduced heart attacks and strokes, as well as deaths from those causes, in people who already had cardiovascular disease or were at high risk for it. But he said there's no good data showing regular supplements do the same.

"There have been large randomized clinical trials of thousands of people that have looked at omega-3 supplements, which have not found a benefit," said Bhatt, who was not involved in the new study.

That's in line with a 2019 science advisory from the AHA that cautioned people to avoid unregulated omega-3 supplements. A 2017 AHA advisory said while these supplements may slightly lower the risk of dying after a heart attack or heart failure, they don't prevent heart disease.

A meta-analysis of past trials by Harvard T.H. Chan School of Public Health and Brigham and Women's Hospital also found an association between daily omega-3 supplementation and a reduced risk of death from heart disease. Higher doses appeared to provide the greatest benefits.

But there are more proven ways to improve cardiovascular health, Bhatt said. Instead of taking fish oil supplements, which are far less regulated by the Food and Drug Administration than prescription medications, he recommended people with cardiovascular disease talk with their doctors about proven treatments such as statins, physical activity and diet.

"There are things that really could help like exercising for an hour a day and adopting a diet that's high in fruits, vegetables and whole grains," Bhatt said. "Maybe omega-3 fatty acids are part of the answer, but more research is needed before recommending supplements."

Dalli said further research also is needed to discover if fatty acids have the same anti-inflammatory effects in people older than 45 and in those who already have cardiac disease. People with chronic inflammatory diseases, he noted, don't produce the same number of these anti-inflammatory molecules that healthy people do.

"The enzymes that produce (the molecules) are not functioning adequately in these patients," Dalli said. "It might be something that people take to stay healthy rather than something to treat a diseased patient."

The proper formulation of fatty acids also remains to be determined. Currently, the FDA has approved two medications, one that contains EPA and another that contains a mix of EPA and DHA, and there are numerous supplements on the market with various formulations.

"We're still far away from having the magic formula," Dalli said. "Each person will need a specific formulation or at least a specific dosing, and that's something we need to learn more about."