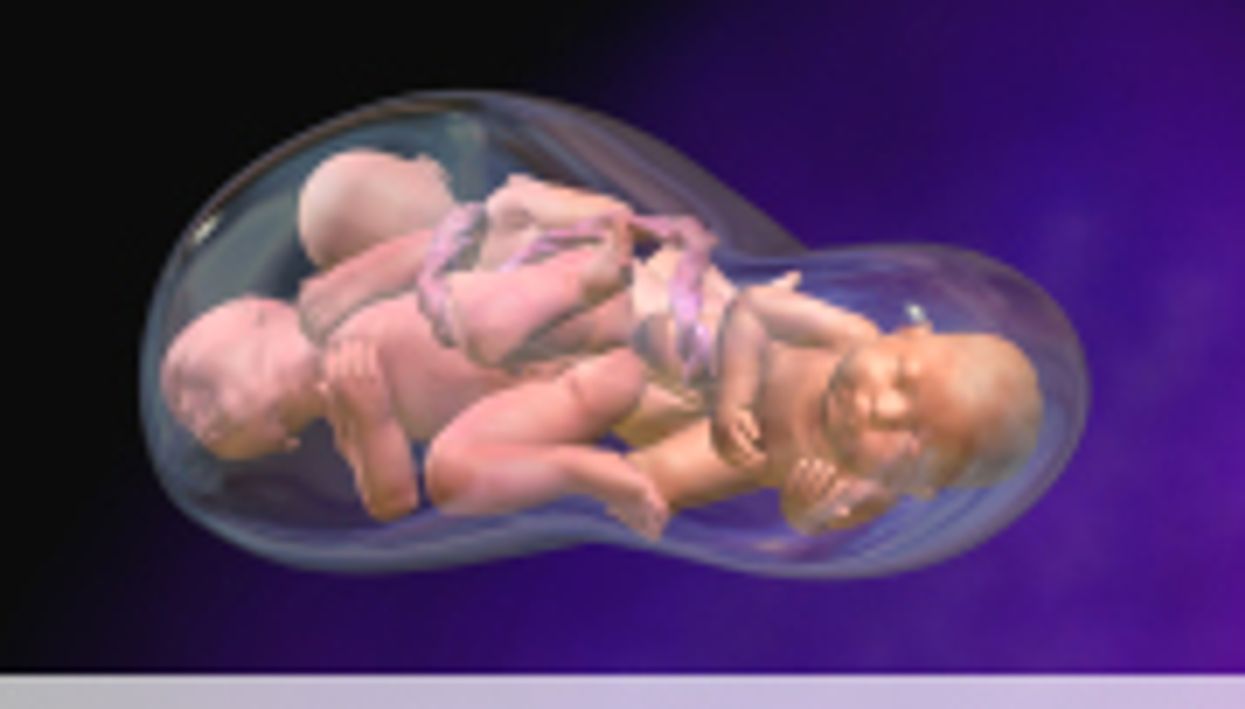 THURSDAY, Jan. 24, 2013 (HealthDay News) -- A leading ob/gyn group is recommending that pregnant women with three or more fetuses be counseled by their doctors and told about the option of reducing the number of fetuses they are carrying.

Known as multi-fetal pregnancies, these are typically the result of fertility treatments and are associated with a much higher risk of complications, as well as premature delivery and developmental issues for the children, according to the American College of Obstetricians and Gynecologists (ACOG).

The issue first gained notoriety in 2009 when Nadya Suleman, dubbed the "Octomom" by the press, gave birth to octuplets after her fertility doctor implanted 12 embryos into her uterus. The American Society for Reproductive Medicine generally recommends implanting no more than two embryos in women under 35 (Suleman was 33). Suleman's fertility doctor lost his medical license in 2011 for this and other cases of negligent medical treatment.

In its new guidelines, the ACOG also pointed out the potential social and economic hardships of having multiples, along with increased parenting stress, lower quality of life, depression and possible child abuse, the group noted. Health care costs for twins and triplets are four and 10 times higher than for single births, respectively.

The recommendations also emphasize the importance of preventing multi-fetal pregnancies.

Fertility treatments are usually the reason for multi-fetal pregnancies, although women with multiple fetuses should receive information on pregnancy reduction whether they got pregnant through natural conception or with fertility treatments, Spillman said.

Treatments that increase women's chances of getting pregnant with multiples include in vitro fertilization (IVF), in which fertilized eggs are placed into a woman's uterus, and use of a medication called clomiphene (brand names Clomid and Serophene) that stimulates the ovaries to release eggs.

"I think many IVF programs are quite good at [discussing risks with women]," said Dr. Lori Day, a maternal-fetal medicine specialist at the University of Michigan in Ann Arbor, who was not involved in writing the new recommendations. "I don't know if women hear as much about risk with pill medications."

Among the pregnancies resulting from IVF in 2010, 26 percent were twins. The rate of triplets and higher multiples from IVF has dropped from 6 percent in 2003 to 1.3 percent in 2010, thanks to advances that help clinicians select viable embryos more precisely and thus reduce the number of implanted embryos, according to the ACOG report.

In cases where women are already pregnant with triplets or higher multiples, "we are obligated to give the woman as much information as she needs or wants, and it is her decision whether she reduces or carries the pregnancy," Spillman said.

Multi-fetal pregnancy reduction is a type of selective abortion in the first trimester or early second trimester to reduce the number of fetuses, in most cases to two.

Reduction is distinct from abortions that are done to end a pregnancy altogether, and in some cases can improve the likelihood that the other fetuses will survive, Day noted.

The new recommendations, which were published in the February issue of the journal Obstetrics & Gynecology, echo the ACOG's 2007 recommendations, but they include more data on the risks of multi-fetal pregnancy.

Still, the decision to carry through with a multi-fetal pregnancy is ultimately up to the mother, the experts said. "These recommendations make it more clear that the woman's autonomy is what guides the decision process," Spillman noted.

Multi-fetal pregnancies put women at higher risk of complications during pregnancy, such as diabetes and preeclampsia, a condition that involves high blood pressure and can be deadly.

Women with multi-fetal pregnancies "have that much more change in their physiology, and that puts them at significantly higher risk," Day explained.

"Babies that are born premature, at 23 or 24 weeks in gestation, have about a 50 percent chance of having a major cognitive or motor impairment," said Dr. Marilee Allen, a professor of pediatrics at Johns Hopkins University in Baltimore.

"When we counsel women on multi-fetal pregnancy reduction, we talk about reduction in the likelihood of risk to the babies, and risks to themselves and the likelihood that all of the fetuses would even make it to an age in the pregnancy when they could survive outside the mom," Day said.

Although the ACOG does not give specific advice about what doctors should tell women about multi-fetal pregnancy concerns and the option of pregnancy reduction, it does recommend that women talk with a team including social workers, obstetricians and neonatologists, who specialize in newborn medicine, to get a well-rounded view of their pregnancy.

"My heart goes out to the families facing the question of reduction," Allen said. "Looking at it from before the pregnancy takes place is really the time to be having those conversations with families, because then it's not really so much an ethical consideration as it is a more practical decision."

If a woman decides to reduce her pregnancy, she may also face limited resources and have to travel to an area where she may feel less comfortable and learn whether her insurance company will cover the procedure, Day added.

For more on the risks of fertility treatments, visit the American Society for Reproductive Medicine.