See What HealthDay Can Do For You
Contact Us
October 27, 2016

Injections as effective as other contraceptives, but side effects prompted early halt of trial 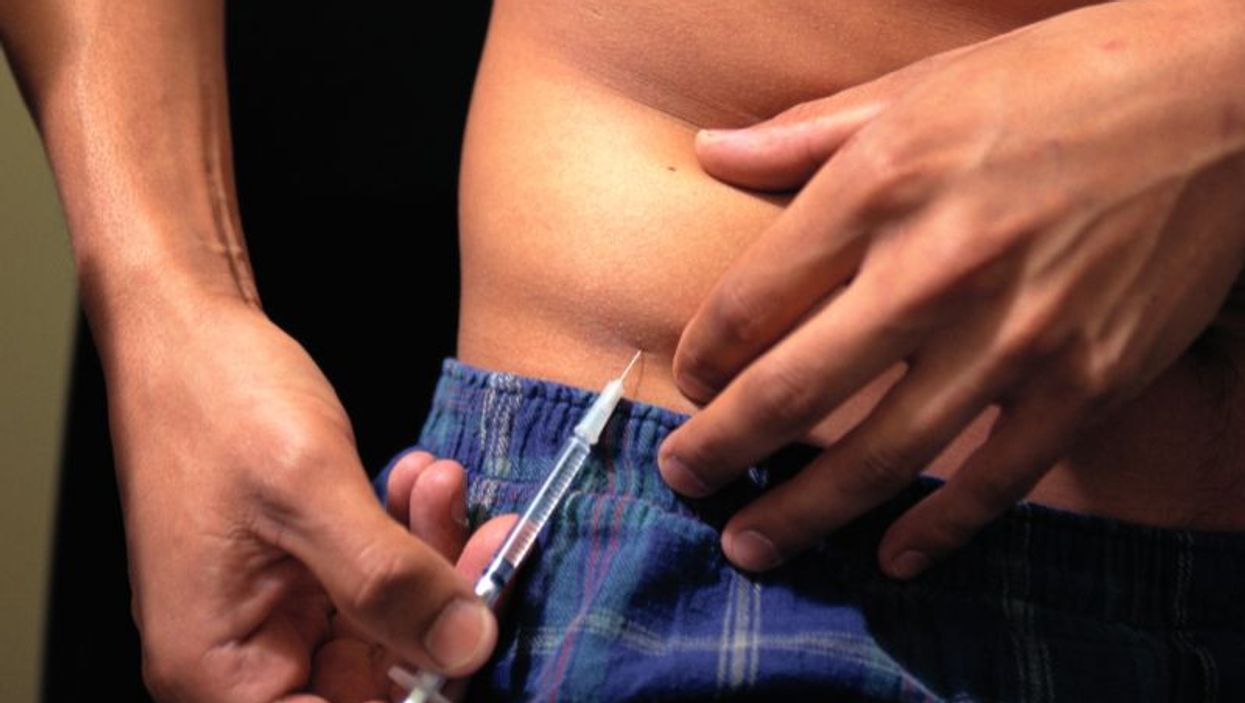 THURSDAY, Oct. 27, 2016 (HealthDay News) -- A birth control shot for men shows some promise, but researchers are still struggling to improve its effectiveness and deal with severe side effects caused by the injections.

Only four pregnancies occurred among 266 men receiving the treatment, which is an effectiveness rate comparable to other contraceptive methods, according to results from a new international clinical trial.

But the men also experienced mood swings and depression so frequently that a safety review committee halted the study early, the researchers reported.

No further development is planned for this particular birth control shot for men, but the clinical trial showed that such an injection can suppress sperm counts and prevent pregnancy, said researcher Dr. Mario Festin. He is a medical officer with department of reproductive health and research at the World Health Organization.

"A male hormonal contraceptive is possible," Festin said. "We have to continue searching for or investigating the right drugs, and their combinations, with the highest efficacy and safety, and acceptability, with the least side effects."

The concept of a male birth control shot based around the hormone testosterone has been around for decades, said Dr. Edmund Sabanegh, director of the Center for Male Fertility at the Cleveland Clinic.

Such an injection can trick the testicles into reducing production of the highly concentrated testosterone they need to create sperm, Sabanegh said.

"The testicles now shut off their testosterone production, and that means they are seeing a level of testosterone the same as the bloodstream," he said. "That's not enough to make them produce sperm."

The problem always has been the side effects that come with these testosterone shots, Sabanegh said. They include depression, mood swings and increased libido.

This trial aimed at limiting side effects and increasing the effectiveness of the shot by combining testosterone with another sex hormone, progestogen.

"Giving testosterone alone will suppress sperm production," Festin said. "However, the additional administration of another hormone, usually a progestin, helps increase the suppression of sperm production to lower levels, in more numbers of men."

Researchers recruited 320 healthy men aged 18 to 45 from seven different countries across the world. The participants all had normal sperm counts and had been in monogamous relationships with female partners between the ages of 18 and 38 for at least a year.

The men received the testosterone/progestogen injections every eight weeks.

The combination lowered sperm counts to the targeted goal -- 1 million per milliliter or less -- in 274 of the men, researchers reported.

Of those men, 266 remained in the study to see if the shots would reduce the risk of pregnancy.

"It produced a pregnancy rate of 1.57 per 100 in continuing users, which is comparable to other reversible contraceptive methods, which presently are used by women," Festin said.

However, Sabanegh questioned whether the targeted sperm reduction goal was low enough to be truly effective in widespread use.

"The sperm count goal is not that low. It should be lower," Kavaler said. "I wonder if they had 50,000 patients in the trial, where their pregnancy rates would be."

There also were 771 incidents of side effects assessed to be likely or definitely related to the use of the birth control shot, the findings showed. The most common were acne, increased libido, muscle pain, and mood and emotional disorders.

Twenty men dropped out of the study due to side effects, and the adverse events eventually led to the early end of the study, Festin said.

"The safety committee felt that the number of side effects, particularly the mood changes, were too many," Festin said. The committee also felt "at that point, the study had already proven that the drug combination could already produce the desired effect of lower sperm counts, and the unfavorable side effects may outweigh any further findings."

One suicide occurred during the trial, although researchers ruled it unrelated to the injection.

"That's always alarming," Kavaler said. "They say it's not coming from the effects of the agent, but it's a little alarming."

Despite these results, more than 75 percent of the men said they would be willing to use this method of contraception in the future.

Both Sabanegh and Kavaler said they hope research will continue into perfecting a birth control shot for men.

"It would help our birth control situation if men could take some responsibility," Kavaler said. "There are many men who want to take responsibility, and we need to provide them an option."

The clinical trial results were published online Oct. 27 in the Journal of Clinical Endocrinology & Metabolism.