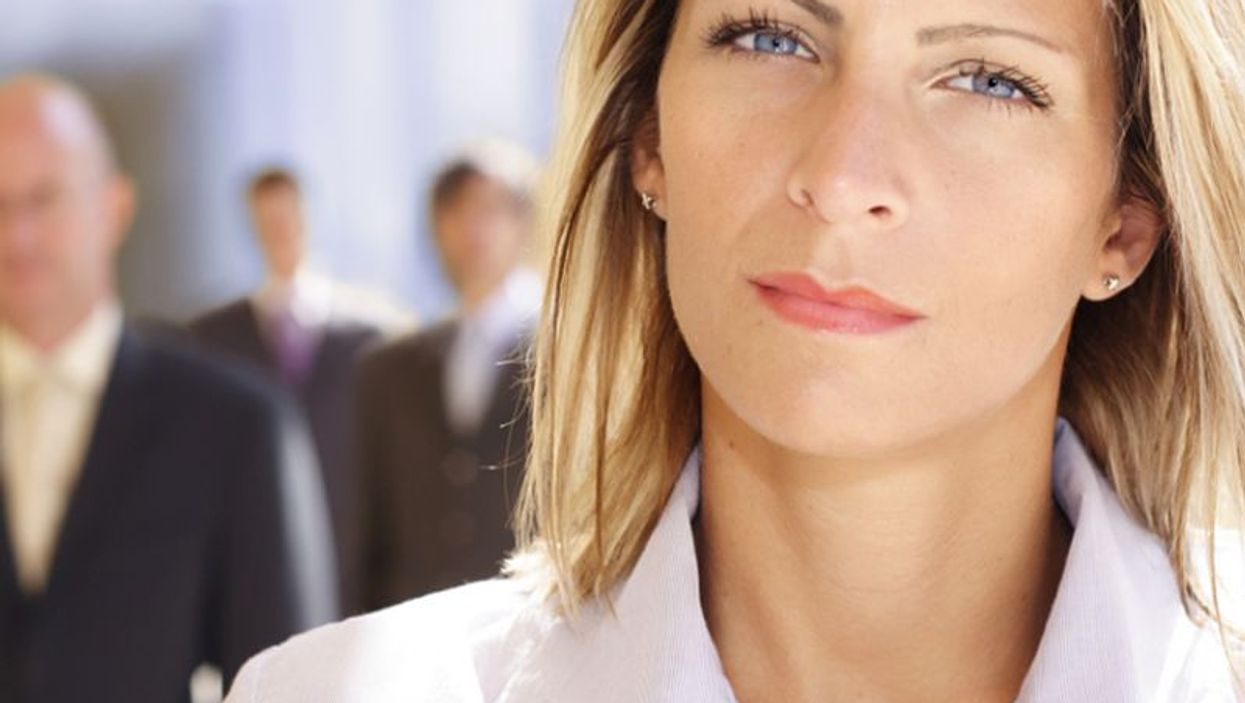 Though typically considered the "male" hormone, both men and women men have varying levels of testosterone, the study authors said. The new research found that when people wielded power in a work situation, testosterone levels rose.

The study suggests that "wielding power can affect our bodies," said study lead author Sari van Anders, an associate professor at the University of Michigan in Ann Arbor.

And, because social norms encourage men to act in more competitive, power-wielding ways, men may have developed more testosterone over time, the researchers suggested.

The study appears in the Oct. 26 issue of Proceedings of the National Academy of Sciences.

Van Anders and her colleagues wondered why testosterone levels vary in both sexes. While men have more of the male hormone than women, there's a big variation in how the average rates in a group of women compare to those in a group of men, van Anders said. The difference is bigger than what might normally be expected, she said.

"[That difference] got me interested in whether there was some social influence on the variability," van Anders explained.

In the new study, the researchers assigned 41 trained actors to perform monologues in which they wielded power by firing a subordinate. On one occasion, they were told to do so in a stereotypically male way (more dominating). On another day, they were instructed to do the firing in a stereotypically feminine way ("trying to be nice," van Anders said, "and feeling unsure about what you're doing").

Testosterone levels were measured before and after the performances using saliva samples.

Both kinds of strategies boosted testosterone levels. The boost in testosterone levels was more pronounced in the women, the study found. But for both sexes, performing in stereotypical male or female ways didn't seem to matter. What seemed to matter most was wielding power.

It's not clear whether the boosts in testosterone are beneficial or not, she said. It's also not known if more powerful women have more testosterone overall.

In the big picture, she noted, "there's all sorts of behavior that may influence testosterone." For example, nurturing someone else may decrease levels, she said.

Robert Josephs, a professor of psychology at the University of Texas at Austin, called the study "amazing." He said it shakes "our confidence in the widely held idea that the sex difference in testosterone is the exclusive result of biological differences."

This prospect is "a radical and extremely provocative hypothesis," he added, since it "suggests -- for the first time -- that environmental exposure may play a key role in baseline testosterone levels."

Pranjal Mehta, an assistant professor of psychology at the University of Oregon, cautioned that the study isn't definitive. It's possible that testosterone levels may jump when actors perform any kind of monologues. "We need more evidence to conclude that it was the power aspect" that affected testosterone, he said. "This is an important direction for future research."

It will also be important to figure out if the testosterone spikes had any lasting effect, he said. "The leap from a temporary rise in testosterone to the possibility of a permanent one is provocative," he said, "yet remains untested."

To learn more about testosterone, see the Hormone Health Network .