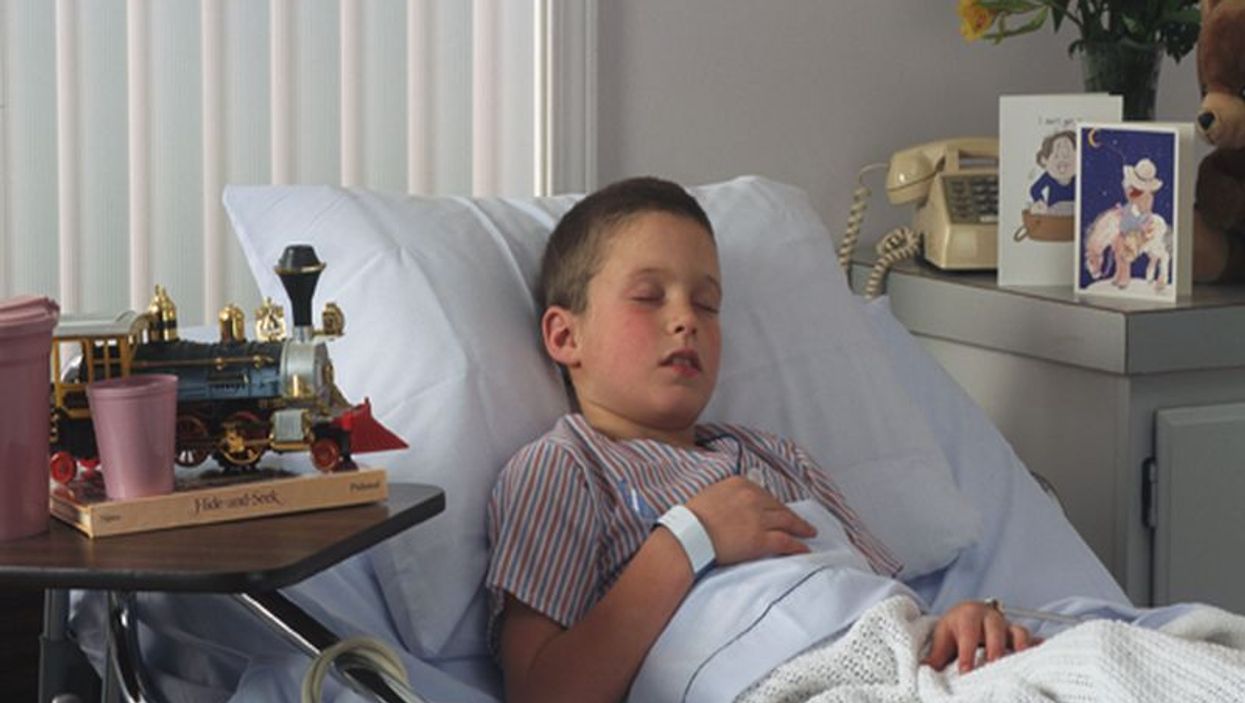 The condition is characterized by changes in skin coloring and the growth of tumors along nerves in the skin, brain and other parts of the body. The tumors cause disfigurement, limitations on strength and range of motion, and pain.

The tumors are hard to treat, and they can grow quickly and become up to 20% of a child's weight, the study authors noted.

Surgery is often not an option because the tumors intertwine with healthy nerves and tissue. Even ones that are partially removed tend to grow back, especially in young children.

In the study, children given selumetinib experienced less pain, improved function and overall better quality of life, the researchers reported.

"Until now, no effective medical therapies have existed for children with neurofibromatosis type 1 [NF1] and plexiform neurofibromas, and it's been a long journey to find a drug that can help them," said researcher Dr. Brigitte Widemann. She's chief of the Center for Cancer Research's Pediatric Oncology Branch at the U.S. National Institutes of Health (NIH).

"While this is not yet a cure, this treatment is shrinking tumors and it's making children feel better and have a better quality of life," she said in an NIH news release.

The children were given selumetinib twice a day in 28-day cycles and assessed at least every four cycles.

By March 2019, 70% of the children had a partial response, which was a reduction in the size of the tumors of 20% or more. That response lasted a year or more.

After a year of treatment, children and parents reported less pain and meaningful improvement in daily function, overall quality of life, strength and range of motion, the researchers found.

According to Dr. Andrea Gross, also from the Center for Cancer Research, "One of the most surprising findings of this trial was the impact the treatment had on pain. It even helped patients who had been living with chronic, debilitating pain come off pain medications, which was not something we anticipated. So, that was a really exciting finding."

Five children stopped selumetinib because of possible side effects from the drug, and the disease progressed in six. The most common side effects were nausea and vomiting, diarrhea and rashes, the researchers said.

Widemann pointed out that "there's a lot more to be done. Even though these children have tumor shrinkage, many still have disabling tumors. But these findings are a big step forward and inspire us to work even harder towards additional progress in NF1 therapies."

The report was published March 18 in the New England Journal of Medicine.

For more on NF1, head to the U.S. National Institutes of Health.